Azerbaijan, Qatar discuss prospects for cooperation in culture and sports 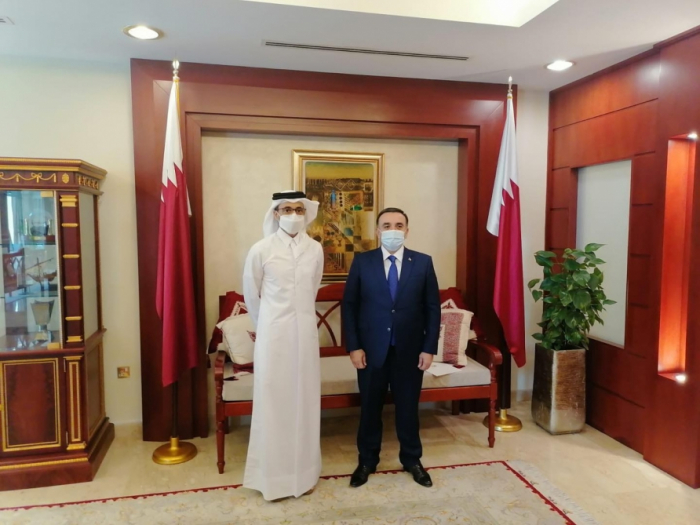 Azerbaijani Ambassador to the State of Qatar Rashad Ismayilov has met with country’s Minister of Culture and Sports Salah Bin Ghanim Al Ali in Doha to discuss prospects for cooperation in the fields of culture and sports.

The sides hailed bilateral cultural relations between the two countries, noting that “The Memorandum of Understanding on Cooperation between the Government of the Republic of Azerbaijan and the Government of the State of Qatar in the field of culture” signed during Azerbaijani President Ilham Aliyev’s official visit to Doha in February 2017, provided an impetus to further strengthening of cooperation between the two countries.

The sides also discussed development of cooperation between the relevant agencies of both countries, as well as organization of joint cultural and sports events.