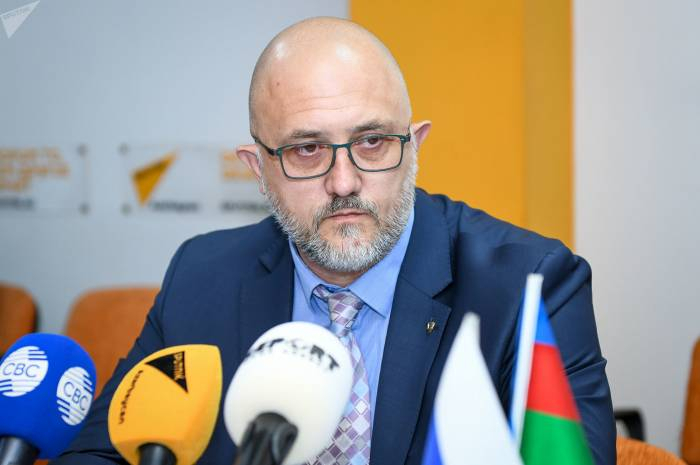 "The views sounded by the US Ambassador to Armenia Lynne Tracy on the status of Karabakh are not the main formula for certain actions of allied countries and other players, " political scientist Yevgeny Mikhailov told Azvision.az commenting on the recent statement of the US ambassador to Armenia on the unresolved status of Nagorno-Karabakh. He notes that the United States is no longer a big country, whose views will be listened to sensitively.

"Especially, following the shameful withdrawal from Afghanistan, where hundreds of thousands of civilians were killed under the pretense of fighting terrorism. By the way, Armenians’ actions in Azerbaijan's Karabakh remind me of the actions of some Americans. Hundreds of thousands of Azerbaijanis and thousands of civilians were expelled and killed under false pretenses. All these were done for the sake of the "Greater Armenia” adventure created by the Armenians for their mythical and historical missions.

The Azerbaijani leadership was told nothing like this. In my view, the United States will continue its futile efforts to influence the current situation in Karabakh, but it will not change the situation radically.There is Azerbaijan in the middle, which gained the victory and returned the territories occupied by Armenia, Moscow, which holds a peacekeeping position, and Yerevan, which does not recognize the status of Karabakh outside Azerbaijan signing a trilateral statement. This topic is closed. What remains is the demagoguery of the Americans, which have lost their political prestige and missed the opportunity to create new centers of power," Mikhailov said.