Thanks to leadership of Ilham Aliyev, Azerbaijan liberated its lands from occupation, says Turkish ambassador 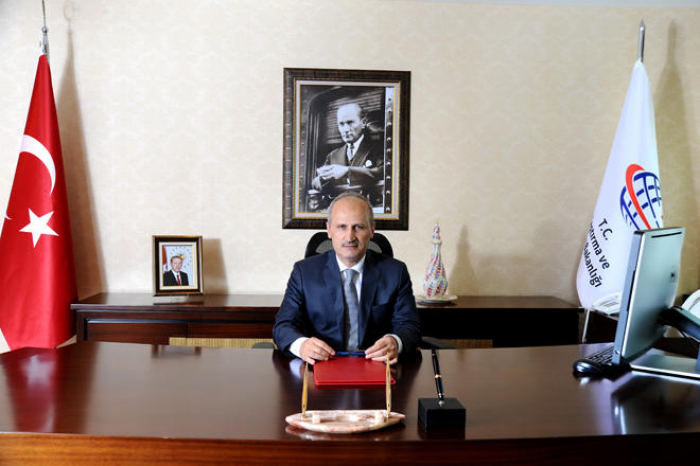 It is very important to talk about the 44-day war that ended the 30-year anguish, said Turkish Ambassador to Azerbaijan Cahit Bagci in his interview with Trend.

National leader Heydar Aliyev bequeathed to liberate Karabakh, and thanks to the strength of the Azerbaijani army under the leadership of the Supreme Commander-in-Chief, President Ilham Aliyev, these lands were liberated from Armenian occupation, he said.

The ambassador noted that the military provocation committed by the Armenians in Tovuz in July 2020, the death of Major General Polad Gashimov and other officers and soldiers were the last straw that filled Azerbaijan's patience.

“The Azerbaijani army resolutely responded to the attack that the Armenians launched on September 27 on all fronts. During the 44-day second Karabakh war, Turkey provided Azerbaijan with both political and moral support. At that moment, Turkish President Recep Tayyip Erdogan publicly said that he supports Azerbaijan in its just struggle to restore its territorial integrity,” he said.

“The whole world knew what had happened in Karabakh, Khojaly, but they did not care. Last week, ombudsmen from Turkey, Azerbaijan and Pakistan visited the Karabakh region of Azerbaijan and conducted monitoring there. They witnessed a lot of destruction and falsifications carried out by the Armenians in relation to the monuments of the cultural heritage of Azerbaijan during the 30 years of occupation, as well as the consequences of provocations against the civilian population and missile attacks on Tartar and Ganja. In this regard, a report will be prepared, and what happened in Karabakh and other districts of Azerbaijan will be brought to the attention of the international community,” Bagci said.

Speaking about the Shusha Declaration, the ambassador noted that this document is as important as the Treaty of Kars signed 100 years ago.

“The Shusha Declaration is a step towards the future of relations between Azerbaijan and Turkey. The declaration provides for two key aspects: firstly, to bring relations between Azerbaijan and Turkey to the level of strategic alliance, and secondly, to develop and deepen cooperation between our countries. Our main goal is to further strengthen the Azerbaijani-Turkish relations, raising them to a higher level,” the Turkish ambassador added.