Baku to hold moment of silence on September 27 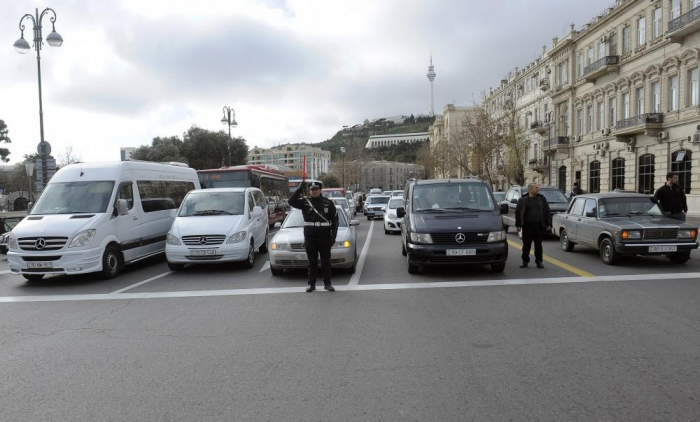 A moment of silence will be announced in Baku on September 27 in connection with the first anniversary of the beginning of the Second Karabakh War, AzVision.az reports, citing the statement of the head of the department of the State Department of the Baku Traffic Police, Colonel Vagif Asadov.

In connection with the Day of Remembrance, traffic will be suspended on the roads of Baku at 12:00 (GMT +4), he noted.


"Due to the anniversary of the beginning of the Patriotic War, a moment of silence will be declared. Also, in connection with the events that will take place on the same day from 06:00 to 14:00, the traffic on a number of streets and avenues of Baku, as well as in the direction from the Azneft circle, along Neftchilar Avenue, Kovkeb Safaraliyeva, Yusif Safarov, Uzeyir Hajibeyli, Zarifa Aliyeva Streets, Parliament Avenue, Mehdi Huseyn, Teymur Elchin, Istiglaliyat to the White City Boulevard will be restricted," Asadov said.