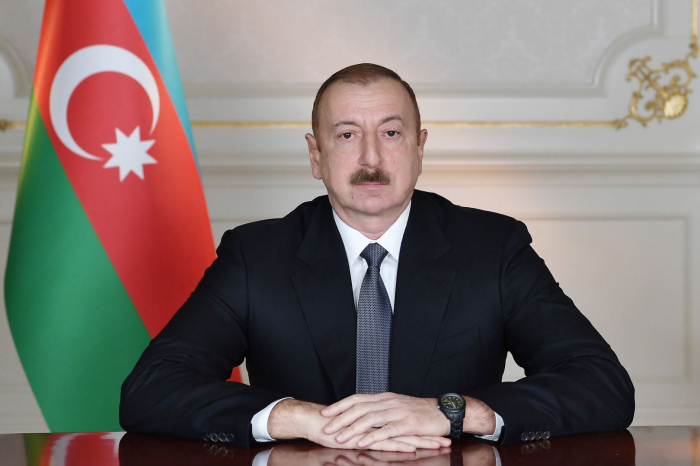 Today, Azerbaijan is the party forming the agenda in the region, including Azerbaijani-Armenian relations, Victorious Commander-in-Chief, President of the Republic of Azerbaijan Ilham Aliyev said as he addressed the nation on the occasion of the Day of Remembrance, AzVision.az reports.

“I know that the hearts of millions of Azerbaijanis living abroad were beating in unison with their historical homeland. They were watching the battles every day and rejoicing in our success. I must also say that during the 44 days and afterwards, even today, I have been receiving thousands of letters. I receive letters of support and letters of solidarity from citizens of Azerbaijan, the Azerbaijanis living in other countries, as well as citizens of different countries who are friends of Azerbaijan,” the head of state said.

The president noted that although a year has passed since the war, the entire international community has already acknowledged and accepted Azerbaijan’s victory.

“Today, Azerbaijan is the party forming the agenda in the region, including Azerbaijani-Armenian relations,” he said.

“In 44 days, we have not only restored our territorial integrity, we have not only expelled the enemy from our land, we have not only restored our national dignity, we have also smashed the head of Armenian fascism. Anyone visiting the liberated lands today can see the manifestations of Armenian savagery with their own eyes. All our cities have been razed to the ground, all our historical sites and mosques have been completely destroyed or desecrated by the Armenians. Of the 67 mosques, 65 are completely destroyed, while the rest of our half-destroyed mosques were used by the hated enemy to keep animals, cows and pigs in order to insult us, to insult Muslims all over the world. I am confident that Muslims of the world will respond adequately to that,” President Aliyev added.