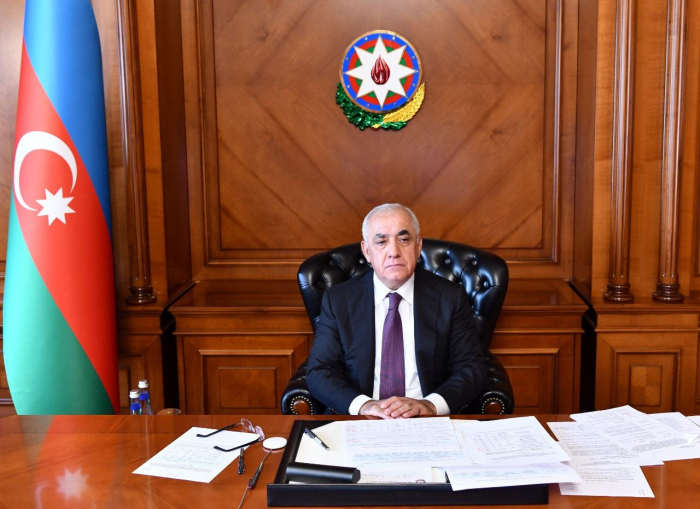 Prime Minister of Azerbaijan Ali Asadov sent a letter of thanks to Vice President of Turkey Fuat Oktay, the Azerbaijan Cabinet of Ministers told reporters.

The prime minister pointed out that the military provocation of Armenia against Azerbaijan a year ago resulted in casualties among the civilian population and military personnel.

“In response to this treacherous provocation, in order to put an end to the aggression once and for all, by order of the President of Azerbaijan, Supreme Commander of the Armed Forces Ilham Aliyev, the heroic Azerbaijani army began the historic Victory March and, after defeating the Armenian army within 44 days, liberated the ancestral Azerbaijani lands from occupation,” the letter said.

Through the letter, Asadov expressed deep gratitude to fraternal Turkey for their tremendous support during the second Karabakh war.

“The solidarity with Azerbaijan from the first hours of the war of Turkish President Recep Tayyip Erdogan, Vice President Fuat Oktay, as well as the entire Turkish leadership and people showed the whole world that Azerbaijan is not alone in its fair struggle,” Asadov said.

"The numerous decisive statements of Fuat Oktay, his firm, and unambiguous attitude to this issue were met in Azerbaijan with great gratitude and pride, assessed as an example of true brotherhood," said the letter.