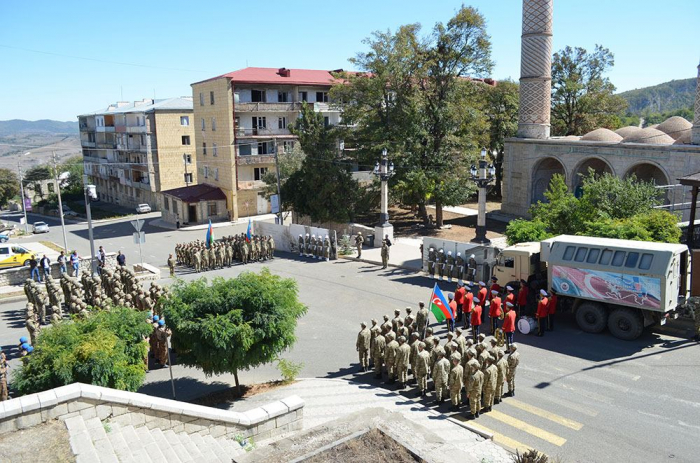 A memorial ceremony was held in Shusha, Azerbaijan on the occasion of the anniversary of the beginning of the second Karabakh war, AzVision.az reports via press service of the Ministry of Defense.

At the event dedicated to Remembrance Day, a moment of silence was held to honour the memory of brave martyrs who gave their lives for the sovereignty and territorial integrity of Azerbaijan, volleys were fired in their memory, and the national anthem of Azerbaijan was performed to the accompaniment of a military orchestra.

The speakers at the event expressed their admiration for the glorious Azerbaijani army under the leadership of the President of Azerbaijan, Supreme Commander-in-Chief Ilham Aliyev, as well as spoke about examples of heroism and bravery of our servicemen during the war.