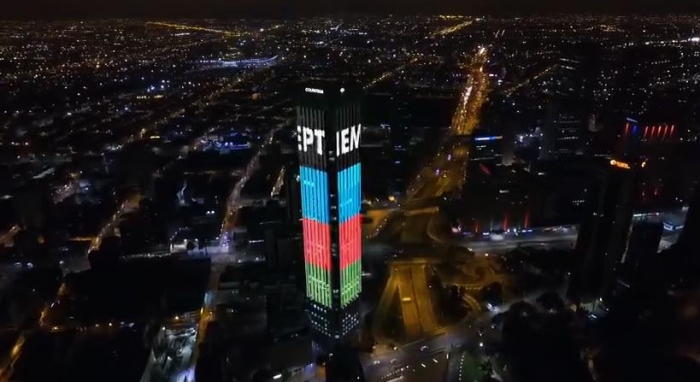 The colors of the Azerbaijani flag were illuminated on the Torre Colpatria (Colpatria Tower) in the capital of Colombia, Bogota, on the occasion of September 27 – Remembrance Day in Azerbaijan, AzVision.az reports with reference to the Azerbaijani Embassy in Colombia.

According to the embassy, this skyscraper is the fourth tallest in Colombia.

As a sign of deep respect to the soldiers and officers who heroically fought during the 44-day Armenia-Azerbaijan second Karabakh War and hoisted the Azerbaijani flag on the lands liberated from Armenian occupation, as well as to the memory of the martyrs who sacrificed their lives for the territorial integrity of Azerbaijan, the Remembrance Day is marked in Azerbaijan on September 27.