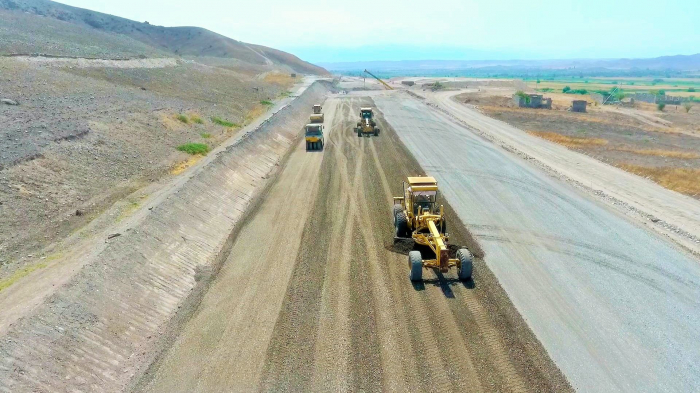 The construction of the Khudaferin – Gubadly – Lachin and Khanlyg – Gubadly highways is among the road infrastructure projects that are being implemented on behalf of the Head of State in the territories of the Karabakh and East Zangezur economic regions of Azerbaijan. The construction will play an important role in the socio-economic development of the liberated lands, AzVision.az reports citing the State Agency for Azerbaijan Automobile Roads. 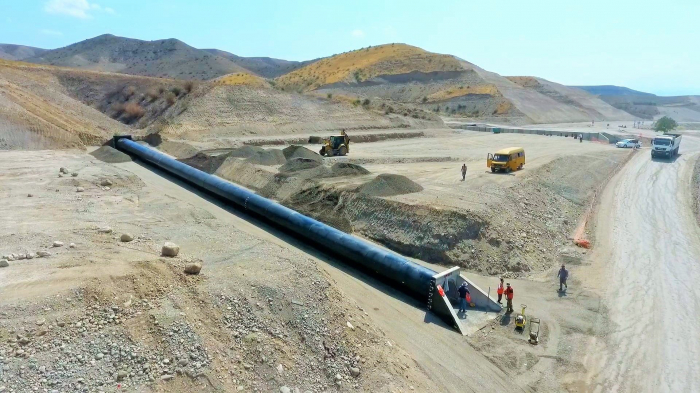 According to the instruction of the President of Azerbaijan, considering the development plan of the liberated territories, the Khudaferin – Gubadly – Lachin and Khanlyg – Gubadly highways are being constructed according to the first technical category with four traffic lanes.

The construction is carried out by Road Operation No. 37 LLC of the State Agency together with the Turkish company Polat Yol Yapı San. və Tic.

On the first 6 kilometers of the Khudaferin – Gubadly – Lachin highway, earthworks, construction of underground passages and pipelines have already been completed, and road pavement is being created. Earthworks are carried on the road section from the 7 to the 40 kilometers. The road is being expanded and profiled with the help of special equipment. A new road base with a width of 21.5 meters is being built according to the requirements of the first technical level. 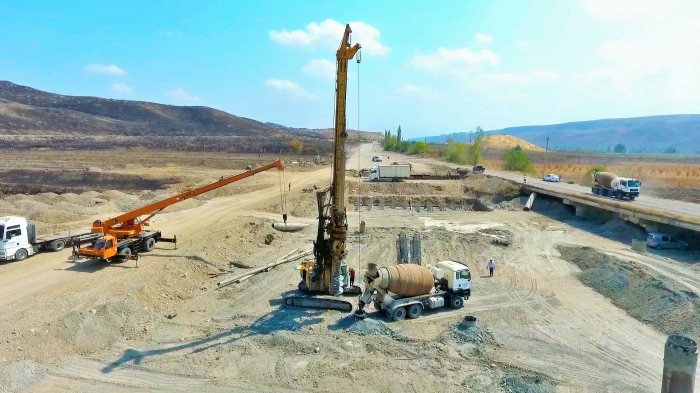 Water crossings and drainage pipes are also installed. It is planned to build 5 new automobile bridges on the main road (construction of 3 of them has already begun) and 5 more on access roads. On the bridge, which is being built on the 22 kilometers of the road, work is being carried out on the construction of supports, and on the bridges on the 10 kilometers of the main road and approximately on the first kilometer of the Khanlyg – Gubadly road, pile drilling is being carried out. According to the project, the construction of a multi-level road junction is planned at the intersection of two roads.

In order to reduce the negative impact on the environment, including on the fauna, animal crossings are being constructed along the entire road. 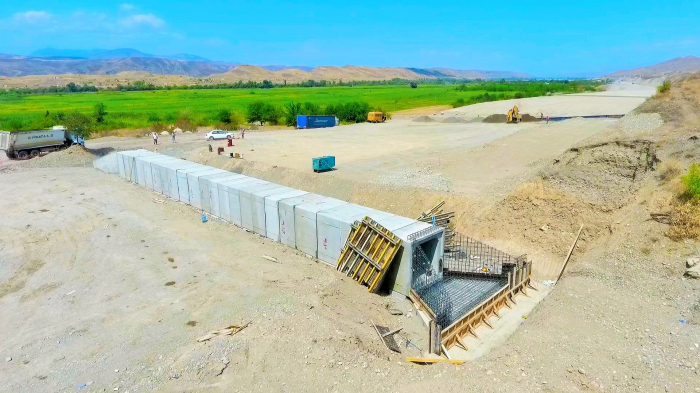 To speed up the construction, a camp was built near the settlement of Khanlyg, on the territory of which there is an asphalt plant, an office for employees, a special area for machines, mechanisms, and their maintenance, a dining room, and resting places.

The new Khudaferin – Gubadly – Lachin and Khanlyg – Gubadly highways will pass through the territories of the Zangilan, Gubadly, and Lachin districts liberated from occupation. The highway covers more than 30 settlements of the above-mentioned districts, including the cities of Gubadly and Lachin. 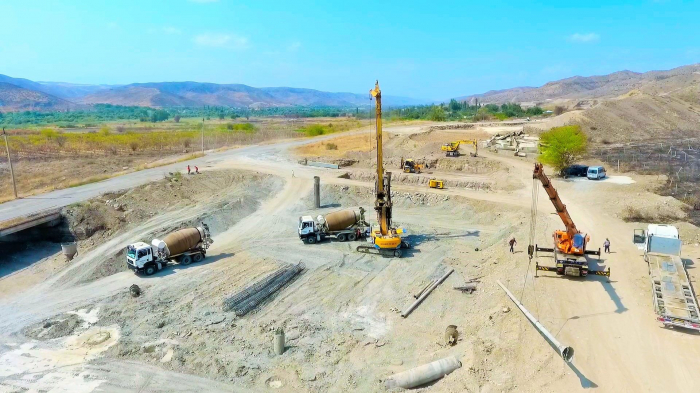