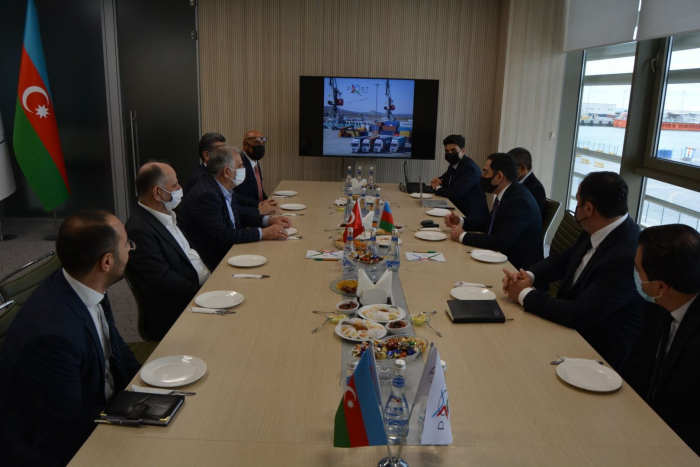 According to Albayrak, strategic location, technical capabilities and achievements of the Port of Baku formed a basis for future cooperation.

Ziyadov noted that a fertilizer terminal is planned to be commissioned in the Port of Baku by the end of 2022.

“Thanks to this terminal, which will have an annual carrying capacity of 2.5 million tons, a large amount of fertilizer exported from Central Asia to Western countries will be transported through Azerbaijan,” stressed the general director.