Azerbaijan marks one year since liberation of Sugovushan from Armenian occupation 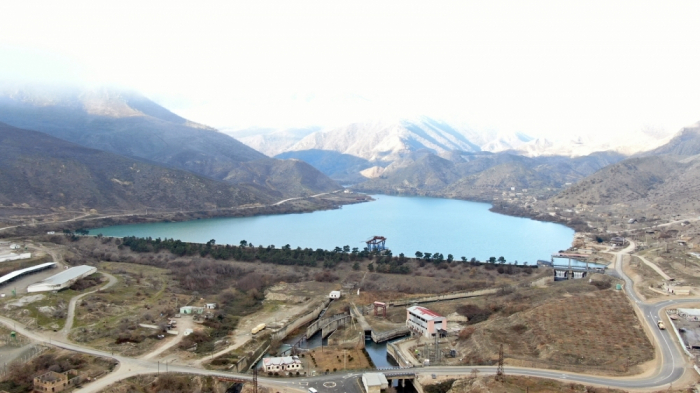 Today marks one year since the liberation of Sugovushan and Talish villages of Azerbaijan’s Tartar district from the Armenian occupation.

On October 3, 2020, the Azerbaijani Army liberated both villages from the occupation.

On the same day, the glorious Azerbaijani tricolor was hoisted in Sugovushan and Talish.

In 1992, the Aghdara district was abolished and its territory was divided between the neighboring Aghdam, Tartar and Kalbajar districts. The village, whose ancient name was Sugovushan, was renamed Madagiz during the Soviet era and is one of the settlements included in the Tartar district.

Sugovushan was first liberated by the Azerbaijani Army in 1991-1992. However, in April 1994, it was re-occupied by Armenia.

The battle of Sugovushan is considered to be one of the most important battles of the Azerbaijani Army on the north-eastern front in the Second Karabakh War. During the battles in the direction of Sugovushan-Aghdara, 4 tanks of the 77th tank battalion of the Armenian Armed Forces were destroyed and 3 tanks were taken as trophies.

On the legislative initiative of President Ilham Aliyev, the bill "On renaming the village of Madagiz in the Tartar district of Azerbaijan as Sugovushan" was sent to the Milli Majlis (Parliament). The bill was discussed and adopted at the plenary session on October 6, 2020.

According to the relevant decrees signed by President Ilham Aliyev on December 29, 2020 and June 24, 2021, a group of servicemen was awarded the medal "For the liberation of Sugovushan."