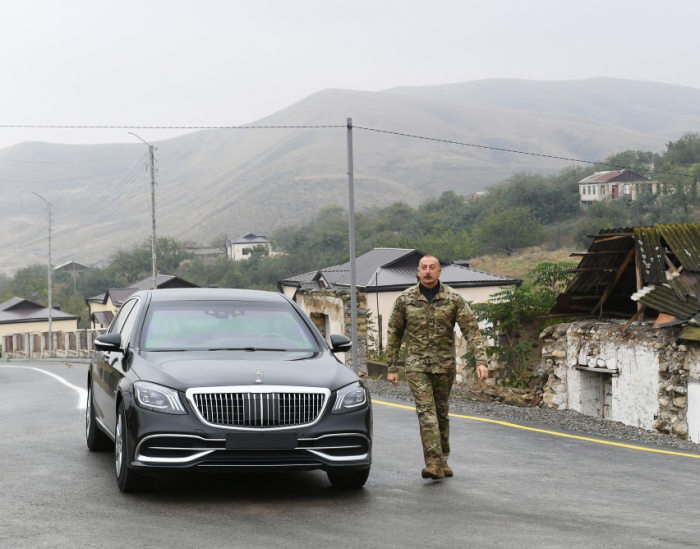 On October 3, President of the Republic of Azerbaijan Ilham Aliyev raised the flag of Azerbaijan in Talish village of Tartar district, AzVision.az reports.

There were fierce battles here a year ago. We had martyrs. May Allah rest the souls of all our martyrs in peace. The liberation of the village of Talish holds a special place among our successful operations. Because there were very strong fortifications here. The enemy had built several lines of defense and, of course, they were waiting for us here. In many operations, we counterattacked the enemy from places it did not expect. In this direction, the battlefield is quite narrow. It is fairly limited. So, of course, the enemy was waiting for us here, and we have come, without fearing anything. We have come by shedding blood and giving martyrs. We liberated the villages of Talish and Sugovushan exactly a year ago. This gave us a great strategic advantage. This once again showed that the Armenian army is helpless and unable to stand in front of the Azerbaijani Army. And then our victory was not too far away. Today, the sovereignty of Azerbaijan in this region is fully ensured. Great infrastructure work has been done over a year. The main thing is that the people of Azerbaijan will live here in peace and tranquility. Of course, we will restore the village of Talish and life will return here.

The head of state said: This is an ancient Albanian church. Notice what the Armenians have done to it. Then they will start claiming that it is an Armenian church. If it were Armenian, would they have brought it to this state? It will be preserved as a historical site. All religious sites in Azerbaijan are protected by the state. Sites of all religions will continue to be protected. We will also restore this ancient Albanian church. Armenians had only been ravaging this region for 30 years.

Head of the district executive authority Mustagim Mammadov: The Armenians have covered up the traces of this being an Albanian church. In other words, they committed fraud.

President Ilham Aliyev: This is nothing but fraud. Let the whole world see what the Armenians have done to the Albanian church.

Visiting the Russian Orthodox church in the village, President Ilham Aliyev said: This is a Russian Orthodox church located in the village of Talish. It has also been destroyed by Armenians. Notice what condition it is in. They have knocked down the stones and the walls. This is the current situation. We will restore and repair this church as well. Unlike Armenians, we respect all religious sites.

These buildings used to be their military unit. 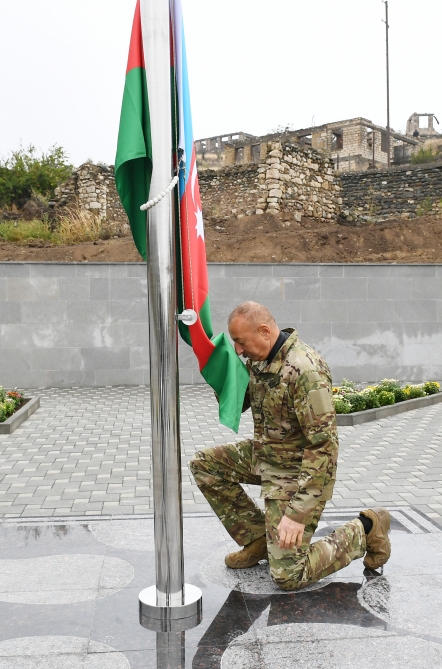