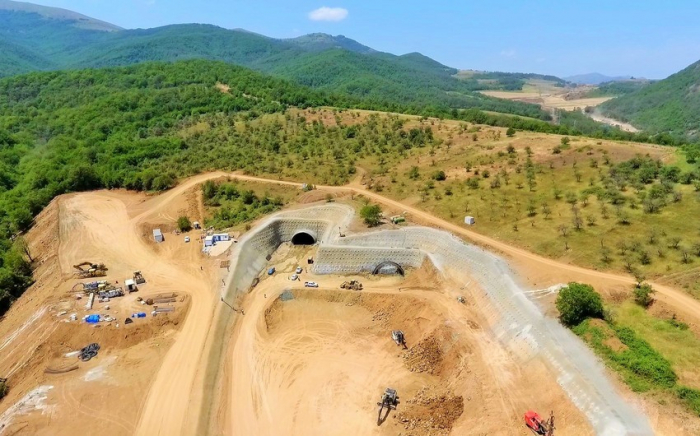 "When I was in Aghdam, I was sad to see it, which once was a thriving and developing city, lying in ruins. It was bitter to look at it. I am proud and very glad that Azerbaijan is actively restoring the lands liberated from the Armenian occupation. During the period of occupation, which lasted about 30 years, these territories were subjected to destruction, and today Azerbaijan has done a great job on them. This once again proves that our country is on the path of development, welfare, and prosperity," Segal said.

"On September 27, on the Remembrance Day, the blessed memory of the martyrs of the 44-day war, who sacrificed their lives for the territorial integrity of our country, was honored in all religious communities of Azerbaijan," the chief rabbi said.

"For about 30 years, during which the Azerbaijani territories were under occupation, we waited, hoped, believed, and prayed for the truth to triumph, so that their true owners would return to these lands," said Segal.

"On September 27, when Azerbaijan marks the Remembrance Day, all people living in our country, representatives of all religions prayed and paid tribute to the blessed memory of the martyrs. Memorial ceremonies were held in mosques, churches, and synagogues. This once again demonstrates the unity and solidarity of the Azerbaijani people," he noted.

"Traditions of multiculturalism and tolerance have been formed in Azerbaijan for centuries. These values are part of the policy pursued by President of Azerbaijan Ilham Aliyev," the chief rabbi added.

Speaking about the historical and religious monuments destroyed by the Armenians in Karabakh, Segal stressed that by doing this, they had gone too far.