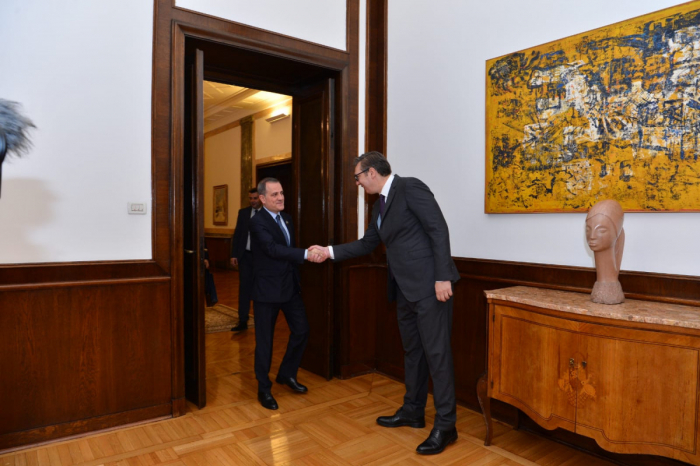 On the sidelines of the Belgrade-hosted commemorative event of the Non-Aligned Movement (NAM), Azerbaijani Foreign Minister Jeyhun Bayramov was received by Serbian President Aleksandar Vučić, the Foreign Ministry told AzVision.az.

The sides hailed the developing cooperation between the two countries and exchanged views on strategic relations.

Stressing the importance of the documents signed between Azerbaijan and Serbia, the sides said these agreements will contribute to the expansion of bilateral ties.

The Serbian leader asked Minister Bayramov to convey his invitation to Azerbaijani President Ilham Aliyev to pay an official visit to Belgrade.

They also exchanged views on international and regional issues of mutual interest. 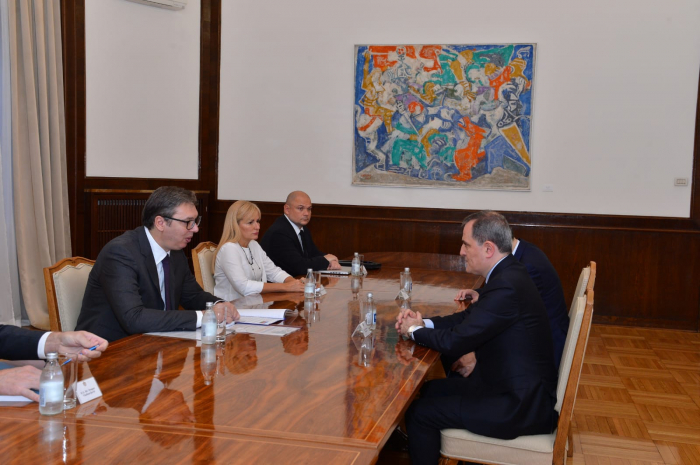