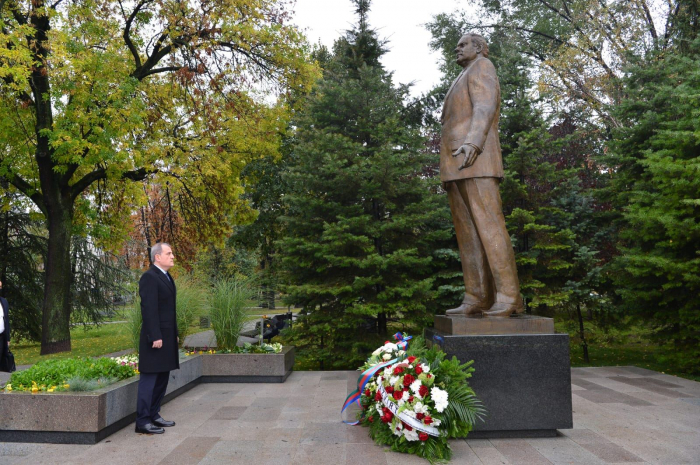 Azerbaijani Foreign Minister Jeyhun Bayramov visited the monument to the national leader of the Azerbaijani people Heydar Aliyev, which was erected in the Tashmaidan park in Belgrade, Serbia, the Foreign Ministry told AzVision.az.

The minister visited the park within the framework of high-level events held in Belgrade on the occasion of the 60th anniversary of the Non-Aligned Movement.