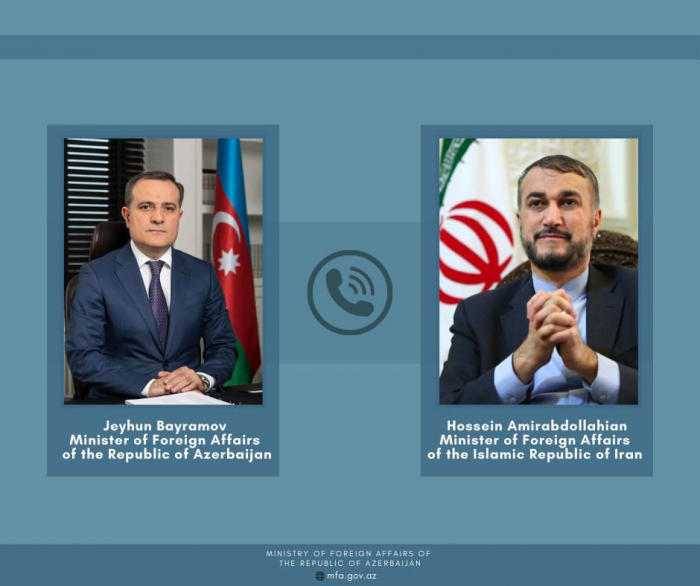 The ministers exchanged views on the current condition of relations between the two countries.

The parties noted that the rhetoric observed recently does not correspond to the level of friendly relations between the two countries and all disagreements should be resolved through dialogue.

The ministers stressed the importance of continuing to guiding by the principles of respect for the territorial integrity and sovereignty of countries.

During the telephone conversation, it was decided to discuss issues related to transit through the territory of the Republic of Azerbaijan through direct contacts between the relevant state bodies.