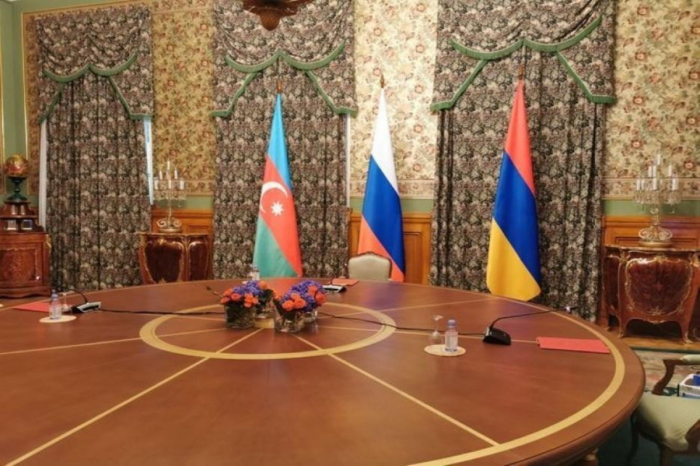 A trilateral meeting was held in Belarusian Minsk between heads of the Foreign Ministries of Azerbaijan, Russia and Armenia on Oct.14 within the participation in the meeting of the Council of Foreign Ministers of the CIS countries, AzVision.az reports citing the press service of the Azerbaijan ministry.

During the meeting, initiated by the Russian side, Bayramov expressed the position of Azerbaijan regarding the post-conflict situation in the region [following the 2020 Second Karabakh War] and the normalization of relations between Azerbaijan and Armenia.

The minister stressed the importance of the full implementation of the trilateral statements signed on November 10, 2020 [between Azerbaijani, Russian and Armenian leaders, which ended the Second Karabakh War and envisioned opening of all transport communications in the region] and on January 11, 2021 [which confirmed provisions of the November 10, 2020 statement].

He also expressed the readiness of the Azerbaijani side to normalize relations with Armenia on the basis of respect for the principles of international law, in particular, sovereignty, territorial integrity, and inviolability of the borders of states.

In this context, he noted the importance of the start of negotiations on the process of delimitation of the border between Azerbaijan and Armenia.

Besides, Bayramov emphasized the importance of the implementation of agreements on the opening of all transport communications in the region.

Reminding the danger of landmines in the Azerbaijani territories liberated from Armenian occupation [in the Second Karabakh War], which poses a direct threat to people's lives, he stressed the need of providing exact maps of minefields by the Armenian side.

The minister also spoke about the restoration work carried out in the liberated territories.