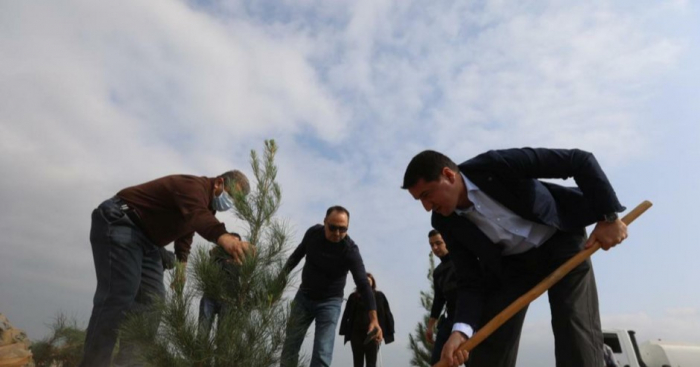 Representatives of diplomatic missions in Azerbaijan have planted trees in the territory of the Shikharkh village of Tartar region, AzVision.az reports.

Head of the Tartar district executive power Mustagim Mammadov noted that the Armenians destroyed this settlement during the First Karabakh war.

"Azerbaijan is working to restore these territories for the next generation," he said.