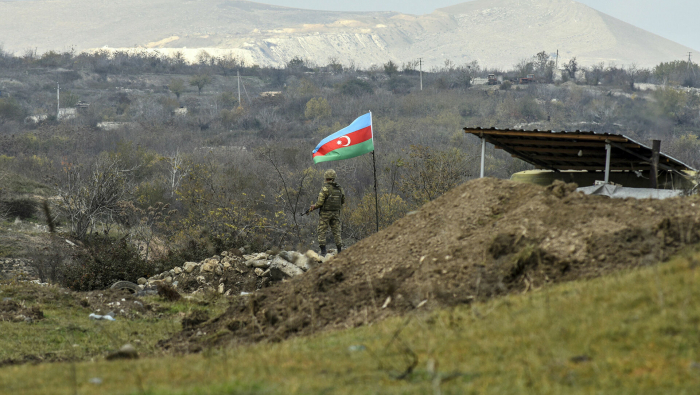 A year has passed since the liberation of Fuzuli city from the Armenian occupation, AzVision.az reports.

As a result of the rapid counter-offensive operation of the Azerbaijani army, which began on September 27in response to yet another Armenian provocation, the defense lines and fortifications built by the Armenian Armed Forces on Azerbaijani lands were destroyed.

On October 17, 2020, President of Azerbaijan, Supreme Commander-in-Chief Ilham Aliyev announced in his address to the nation that the glorious Azerbaijani army liberated the Fuzuli city and 7 other villages in the Fuzuli district-Gochahmedli village, Chiman village, Juvarli village, Pirahmadli village, Musabayli village, Ishigli village, Dadali village, from the Armenian occupation.