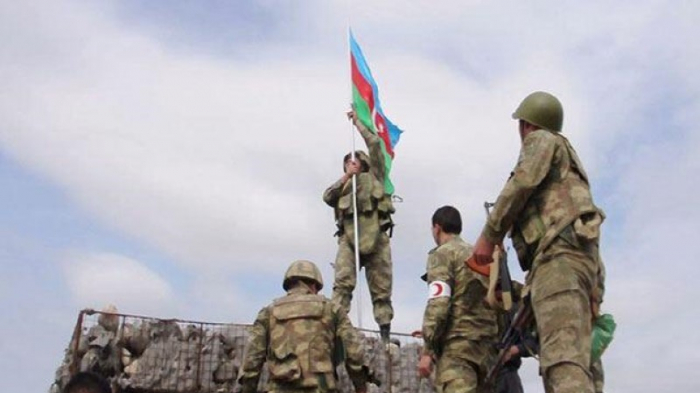 AzVision.az presents the chronicle of the 23-rd day of the Second Karabakh War:

- President Ilham Aliyev has received a delegation led by the Speaker of the Turkish Grand National Assembly Mustafa Sentop.

- President Ilham Aliyev shared a publication on Twitter about Armenia's heavy artillery shelling of settlements in violation of the humanitarian ceasefire.

- President Ilham Aliyev shared a publication on Twitter about the liberation of several villages in the Jabrayil district.

- The Armenian military equipment and weapons were destroyed. The list of the destroyed equipment has been announced.

- A high-ranking official of an Armenian Armed Forces battalion was killed.

- As a result of the shelling of the Tartar district by the Armenian Armed Forces, the owner of the house was seriously injured.

- The Azerbaijani army has seized a certain amount of military equipment abandoned by Armenian troops.

- Armenians opened fire on the film crew of the Azerbaijani AzTV channel in Aghdam, injuring one journalist.

- The Defense Ministry of Azerbaijan has released a video of a war trophies seized from Armenian troops in the direction of Jabrayil and Fuzuli.