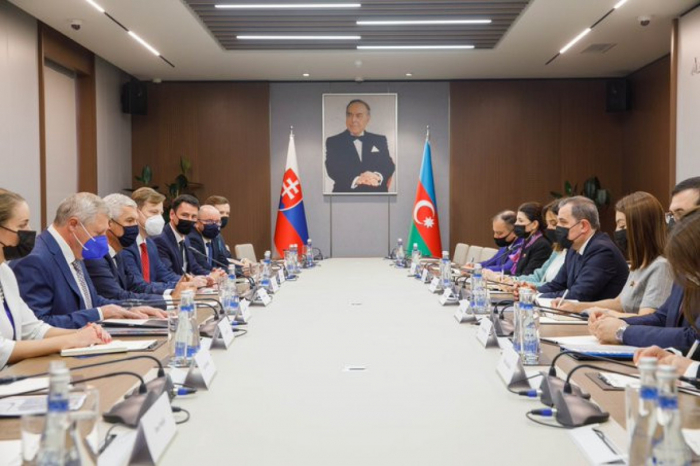 Bilateral meeting between the head of Azerbaijani Foreign Ministry Jeyhun Bayramov and his Slovak counterpart Ivan Korčok with the participation of delegations from both sides is being held in Baku, Trend reports via Bayramov's Twitter account.

Earlier, within the framework of the visit, Korczak was received by the President of the Republic of Azerbaijan Ilham Aliyev.