Kazakhstan's Kayrat decides who will play in match against "Karabakh" in Baku, says Gunduz Abbaszade 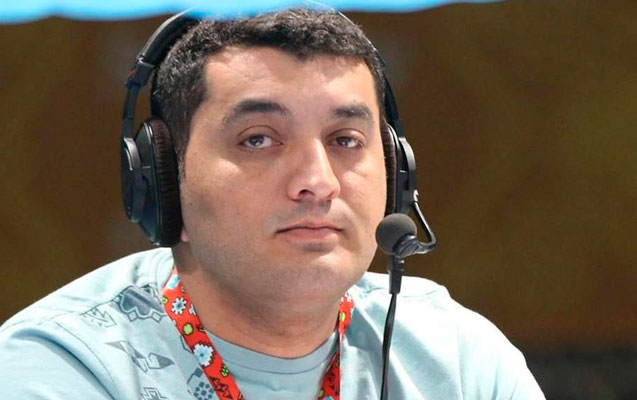 Previously, we have heard that the Armenian football player of Kazakhstan's "Kayrat" Kamo Ohanesyan will play in the match against Azerbaijan’s "Karabakh" football club to be held in Baku.

The Almaty representative, who is on a visit to Azerbaijan for the UEFA Conference League group match, did not recommend including the 29-year-old defender in the list of footballers sent to the “Karabakh” football club.

Armenian media politicized the issue, claiming that the player will miss the games with “Karabakh” because of "problems" with Azerbaijan. In fact, Azerbaijan did not issue any statement on this claim.

In a nutshell, the Kazakh football club decided that Kamo Ohanesyan will not play in the match in Azerbaijan.

Speaking to AzVision.az, the head of the Aghdam club's press service Gunduz Abbaszadeh said that they received the list of Kayrat's staff to visit Azerbaijan weeks ago. The list does not include the name of the Armenian player.

- The club itself has decided who will play in the match in Baku. We cannot ask them, "Why isn't this player on the list?". Of course, we cannot ask the head coach of Kairat Gurban Berdiyev why he does not have any player in the starting lineup. We cannot interfere in the internal affairs of the club. Taking this opportunity, the Armenian media involves sports in politics. We have always been against it.

Gunduz Abbaszadeh reminded that Armenian athletes have repeatedly visited Baku in regard with the prestigious competitions held in Azerbaijan. There has never been a problem with this issue.

- Tens of thousands of Azerbaijani citizens of Armenian origin currently live here. We are a hospitable people. We welcome everyone, who visits our country, respects the laws and traditions of Azerbaijan, regardless of nationality, religion or race! We will offer a high level of hospitality to"Kayrat". We are kind to all of the players, including the head coach Gurban Berdiyev. They will compete with us only on the field for 90 minutes from 20:45 on October 21.

The match between Azerbaijan and Kazakhstan, which will be held on October 21 at the Republican Stadium named after Tofig Bahramov, will start at 20:45.