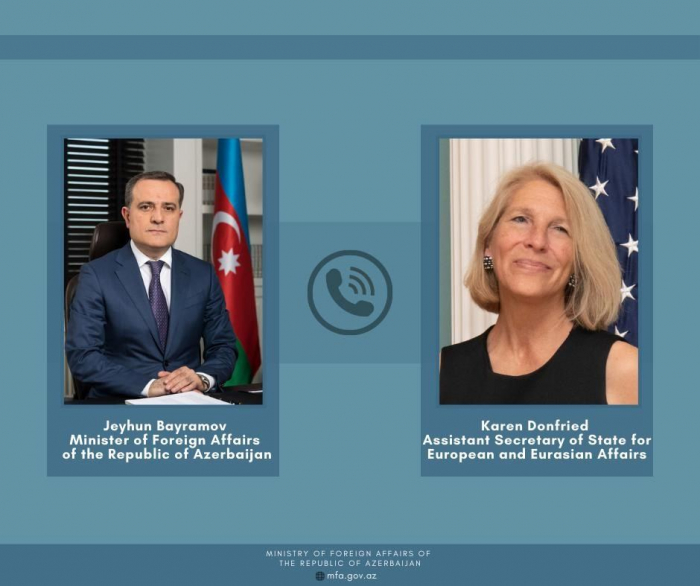 Azerbaijan’s Foreign Minister Jeyhun Bayramov on Wednesday had a telephone conversation with the Assistant Secretary of State for European and Eurasian Affairs Karen Donfried, the Foreign Ministry told AzVision.az.

Donfried presented congratulations to Minister Bayramov on the 30th Anniversary of the Restoration of Independence of Azerbaijan.

The sides exchanged views on a bilateral cooperation agenda and stressed the importance of developing the relations in a number of areas.

The post-conflict situation in the region was also discussed during the telephone conversation.

Minister Bayramov brought Azerbaijan’s position on the normalization of Armenia-Azerbaijan relations based on the principles of international law to the attention of the Assistant Secretary of State. In turn, Donfried stressed the importance of normalizing the relations between the two countries and noted that the United States is ready to provide support in this regard.

The sides exchanged views on other issues of mutual interest as well.