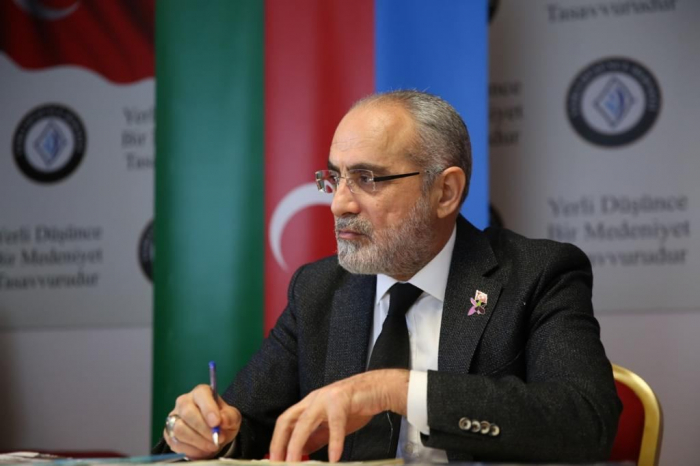 Fuzuli International Airport, one of the most important projects connecting Baku with Shusha, the cradle of culture of the Turkic world, will unbreakably connect Karabakh to Azerbaijan, the region and the whole world with the completion of the construction of the Victory Road, Chief Advisor to the President of Turkey Yalcin Topcu said, AzVision.az reports citin Trend.

According to Topcu, the opening of Fuzuli International Airport by the Presidents of Azerbaijan and Turkey is of great importance

"30 years of oppression and illegal occupation of Karabakh ended in a historic victory for Azerbaijan due to its own strength and political will. On October 17, 2020, Azerbaijan's heroic soldiers drove the Armenian occupying forces out of Fuzuli. The opening ceremony of Fuzuli International Airport, which will make a great contribution to the peace and prosperity of nations, was held by the President of Azerbaijan Ilham Aliyev and the President of Turkey Recep Tayyip Erdogan.

Now, Fuzuli International Airport has been put into operation, which will make a great contribution to the peace and prosperity of all nations in the region, as well as Azerbaijan.

The inauguration is once again important because it shows the world that the two brotherly countries are always close to each other in any situation. Thanks to this airport, Azerbaijan will soon be able to reach the prosperity and comfort that Karabakh, deserves and longs for."

Topcu also noted that the Supreme Commander-in-Chief of the Azerbaijani Armed Forces, President Ilham Aliyev, with his power, diplomatic and political success in the 21st century, thwarted the plans of the imperialist forces and threw them in the trash of history.

"Making this airport ready for flights within eight months after the order of the Supreme Commander-in-Chief, President of Azerbaijan Ilham Aliyev is very important in terms of showing the world the economic power of Azerbaijan and its noble nation. Supreme Commander-in-Chief, President Ilham Aliyev welcomed Turkish President Recep Tayyip Erdogan to Ataturk's words "Azerbaijan's joy is our joy, Azerbaijan's sorrow is our sorrow" and National Leader Heydar Aliyev's words "One nation, two states" at all times. The spirit of unity shown by Azerbaijan and Turkey to the whole world in the Patriotic War will continue to grow with such large economic projects," he said.

"Fuzuli International Airport, one of the most important projects connecting Baku with Shusha, the cultural cradle of the Turkic world, will creonnect Karabakh to Azerbaijan, the region and the whole world with the completion of the Victory Road. I wish Fuzuli Airport to be a tool for lasting peace and prosperity for the peoples of the region, for Karabakh and Azerbaijan. May the Azerbaijani-Turkish brotherhood be forever, eternal and blessed!" he said.