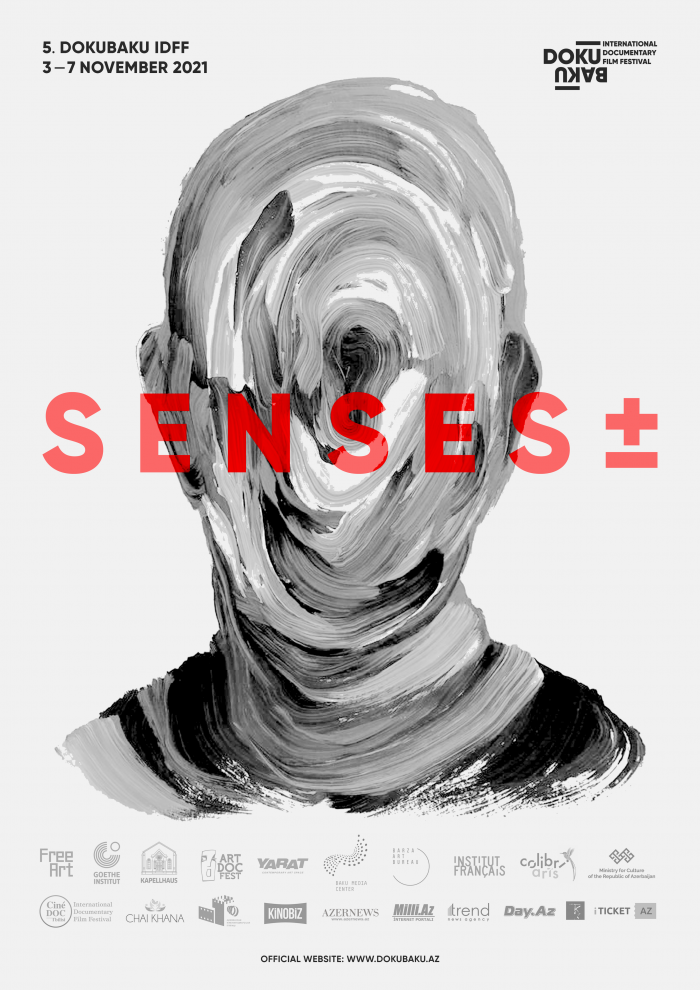 The 5th edition of DokuBaku International Documentary Film Festival will take place on November 3-7, 2021 in Baku.

This year festival is organized with the support of the Goethe Institute, Free Art and BARZA Art Bureau. Partners of the festival are Ministry of Culture of the Republic of Azerbaijan, Baku Media Center, YARAT Contemporary Art Space, Colibri Arts and Institut Français d'Azerbaïdjan.

The main topic of this year’s festival is «Senses ±», and most of the films presented are devoted to the people’s inner and outer metamorphoses, their search for themselves, and the meaning of their existence on earth. The festival program consists of 50 films, selected from more than 200 submissions. The finalists represent 30 countries. In addition, a retrospective of the Azerbaijani documentary films will be arranged. It will be dedicated to the memory of the late Azerbaijani screenwriter and director Chingiz Rasulzade.

DokuBaku announced the nominees in each category, i.e. Best Feature, Best Short, and Best Azerbaijani Film. The out-of-competition films about living during a pandemic will also be screened.

Mansky and Kristian Feigelson. Among the invited guests are award winners as well as representatives of the elite of Azerbaijani documentary filmmaking.

Winners in each category will be awarded with a diploma and handmade statuette iHuman.

Also, the hosts of the festival have two special prizes and iCyborg, which will be awarded to outstanding representatives of Azerbaijani cinematography for their special merit.

According to the director of the festival, Imam Hasanov, this edition will be the largest-scale festival held in Azerbaijan in recent years. “This year we decided to touch upon such an intimate part of a person as senses. Today we are discovering human nature through films, and thus we are opening up as a festival. I believe that DokuBaku festival will soon become a milestone event for all lovers of documentary films, and soon people will talk about us not only within, but also beyond the country,” said Mr. Hasanov.

Films with Azerbaijani subtitles will be screened at various cultural venues in Baku. The festival program also includes musical and theatrical performances, lectures and discussions.

The tickets are available at iticket.az.

Full program is available at www.dokubaku.az