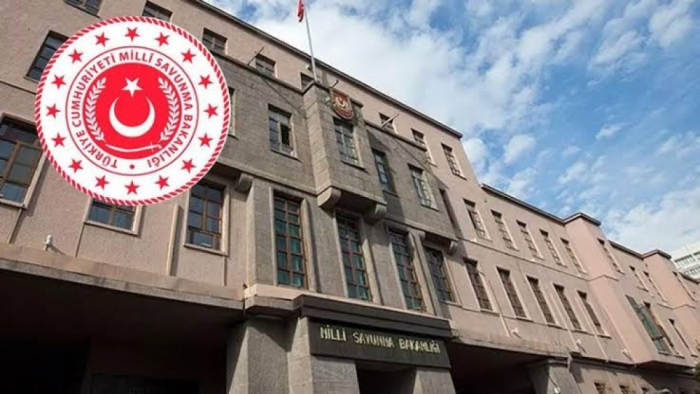 "The Turkish Armed Forces continue to support the modernization and training of the Azerbaijani Army, the mine search and destruction in the districts liberated from the Armenian occupation, said Turkish National Defense Ministry spokesman Pinar Kara, AzVision.az reports.

"To date, Turkish and Azerbaijan troops cleared landmines in 123 square kilometres of land. In addition, 899 Azerbaijani personnel attended the training on clearing landmines and other explosive devices. The Brotherhood Brigade project, which is aimed at joint activities between the Turkish and Azerbaijani Armed Forces, planning and conducting exercises, harmonization of management and implementation principles, continues," Kara noted.

She added that the sides continue joint exercises with qualified personnel and equipment of the Turkish Armed Forces, proving that they have the capacity and equipment to perform all tasks.