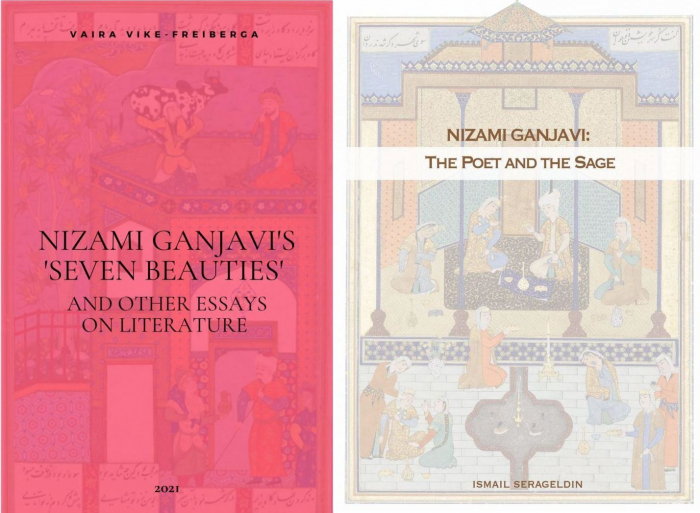 A presentation ceremony for two foreign-language books about world-famous Azerbaijani poet and thinker Nizami Ganjavi was held Wednesday on the sidelines of the 8th Global Baku Forum, AzVision.az reports.

The books called “Nizami Ganjavi: The Poet and The Sage” and “Nizami Ganjavi’s Seven Beauties and Other Essays on Literature” are authored by Ismail Serageldin, former vice-president of the World Bank, and Vaira Vike-Freiberga, former president of Latvia, respectively.

Speaking at the ceremony, the former Latvian president said Nizami Ganjavi is a great poet and has a very valuable legacy. “I decided to study his legacy and create something useful for the world. I call on everyone to get acquainted with the book,” Vike-Freiberga added.

“He lived by his values ​​and was never influenced by others. I hope that this book will become a very useful source for those who want to learn about Nizami Ganjavi,” Serageldin said.