Azerbaijan has a voice in the region after liberating its lands from occupation, says Robert Cekuta 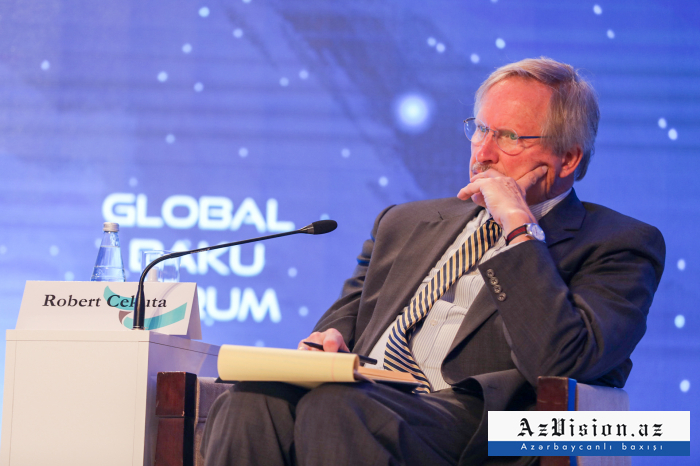 The liberation of the territories from the Armenian occupation during the second Nagorno-Karabakh in 2020 enabled Azerbaijan to have a voice in the region, said former US Ambassador to Azerbaijan Robert Sekuta at the panel discussion of the VIII Global Baku Forum "South Caucasus: Prospects for Regional Development and Cooperation", AzVision.az reports.

Robert Cekuta highlighted the significance of signing a peace agreement between Azerbaijan and Armenia.

"When there were the armed clashes, we could not believe that war could happen. But this situation showed that one of the two countries could declare war against each other at any time. Although Azerbaijan expresses willingness to sign a peace agreement with Armenia,  it is not easy as the opposite side does not show any willingness. We have to help Azerbaijan and Armenia to speed up the process of signing the peace agreement. But we must also take into account our interests", Cekuta noted.

The VIII Baku Forum brings together high-level representatives from more than 40 countries of the world, former heads of state and government, representatives of international and non-governmental organizations, as well as other guests to discuss issues of global importance.

The VIII Global Baku Forum will complete its work today.