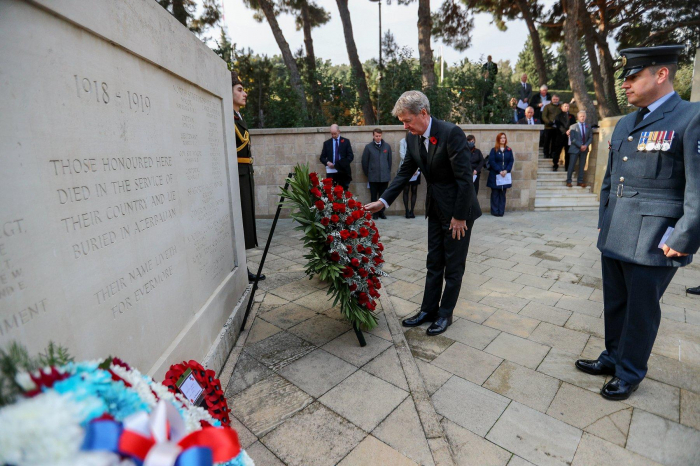 Since the end of the Nagorno-Karabakh conflict, we have actively worked together on establishing a better and more peaceful future in the region focusing on cooperation and mutual respect, British Ambassador to Azerbaijan James Sharp tweeted.

The ambassador thanked Azerbaijani Ambassador to the United Kingdom Elin Suleymanov: "I thank my colleague Elin Suleymanov for attending the memorial service for those killed in the First World War."