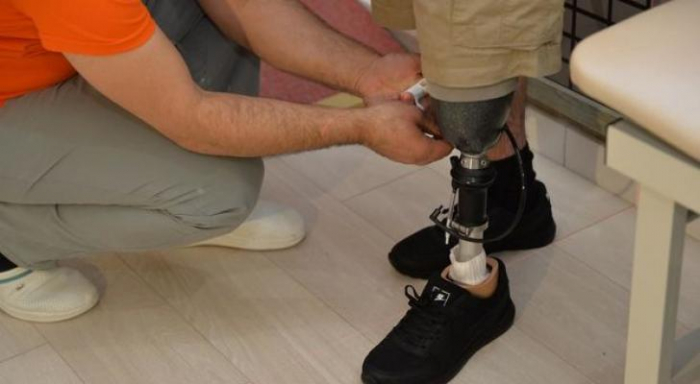 As many as 160 Azerbaijani military servicemen, who were wounded during last year’s Patriotic War and had their lower and upper extremities amputated, have been provided with the latest generation of prostheses, Anar Bayramov, an official of the Ministry of Labor and Social Protection of the Population, said at a press conference on Friday, AzVision.az reports.

Bayramov noted that rehabilitation services were rendered to 6,450 war invalids, as well as social and psychological support services to 1,040 veterans of the Patriotic War.