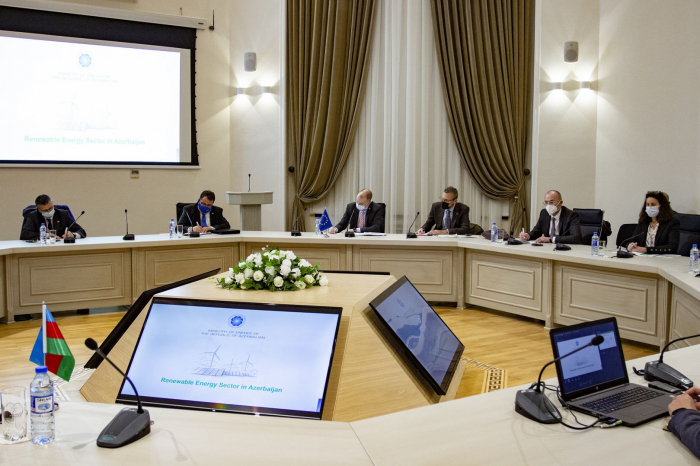 The meeting held at the ministry under chairmanship of Deputy Energy Minister Samir Valiyev was attended by representatives of the European Commission’s Directorate-General for Neighborhood and Enlargement Negotiations, the EU Delegation to Azerbaijan, the European Bank for Reconstruction and Development (EBRD), the European Investment Bank and the French Development Agency (AFD).

During the meeting, information was presented on the work done and reforms in the field of renewable energy, energy efficiency in Azerbaijan.

Speaking about the national priorities that form the basis of the strategy of socio-economic development of Azerbaijan, Valiyev noted that special attention was paid to the application of "green" and "smart" concepts in large-scale construction work in the Azerbaijani territories liberated from Armenian occupation.

He also touched upon the issue of participation of EU financial institutions in the process of restoration and reconstruction of the liberated territories.