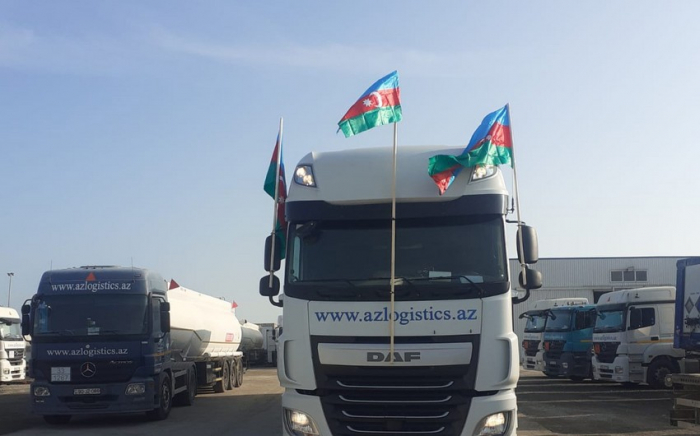 The first test run is being carried out on the Iran-Azerbaijan-Georgia transit route connecting the Persian Gulf to the Black Sea, the Ministry of Digital Development and Transport of Azerbaijan told AzVision.az.

Thus, another regional platform with the participation of Azerbaijan is emerging in South Caucasus, the ministry said

Vehicles belonging to the three countries will travel from Bilasuvar, Iran to Azerbaijan, then to Eastern European countries through Georgian ports and Bulgaria. The route that starts from the Persian Gulf continues to Europe. Today, vehicles arrived in Azerbaijan via this route. The results of the test run will be studied, and the effectiveness of the route will be analyzed.

On Wednesday, Tabriz hosted a solemn see-off ceremony for Azerbaijani, Iranian and Georgian vehicles. The ceremony was attended by Iranian transport agencies, representatives of the East Azerbaijan Province, the Azerbaijani and Georgian embassies in Tehran. In the future, the route will allow rail freight. This project will enable South Asian countries to get another route to the West.

This transport corridor and its possible expansion in the future promise significant economic benefits for regional countries. The corridor is of great importance both in terms of transit traffic and access to world markets. This will strengthen Azerbaijan’s position as a transport hub, the main initiator and leading force of major transport and communication projects in the region, and increase revenues from international cargo transportation. Thanks to this corridor, Azerbaijan’s strategic position will be further reinforced.