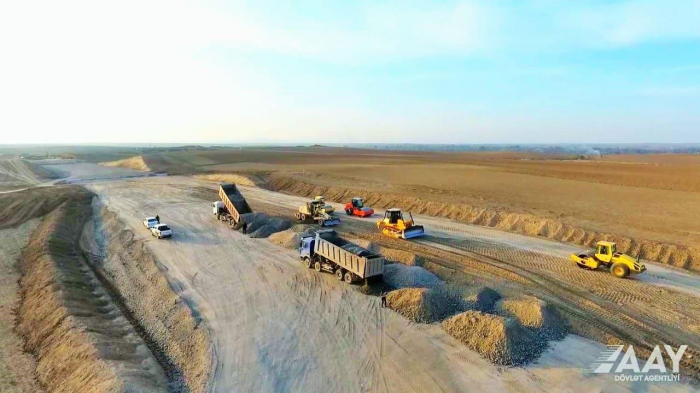 The construction of road Ahmadbayli-Fuzuli-Shusha highway of the 1st technical category, being one of the road infrastructure projects implemented in the Karabakh and East Zangazur economic regions, rapidly continues, the State Agency for Azerbaijan Automobile Roads told AzVision.az.

According to the agency, the highway will play an important role in the socio-economic development of the Azerbaijani villages and districts liberated from Armenian occupation [in the 2020 Second Karabakh War]. Its foundation was laid during the trip of President Ilham Aliyev to the Fuzuli district on January 14.

Excavation work was carried out in the T1A tunnel to a depth of 350 meters, and in the T2 tunnel, it’s under completion. In the T3 tunnel, construction work has recently begun.

Besides, excavation work has been completed and movement of transport secured in the T4 and T5 tunnels. In the T6 tunnel, the work was carried out to a depth of 130 meters.

On the road section from the Ahmadbayli-Fuzuli-Shusha highway to the Isa Bulaghy spring, work has begun on the construction tunnel with a length of 1,335 meters.

The total length of all the tunnels will be 7,668 meters. The installation of a waterproofing system has been completed in the T4 tunnel.

Construction of nine viaducts, seven road bridges, 11 underground passages and 59 drainage pipes on the Ahmadbayli-Fuzuli-Shusha road continues. It will consist of four and six lanes and pass through large settlements.

The Ahmadbayli-Fuzuli-Shusha highway with a length of 81.6 km originates from the M6 Hajigabul-Horadiz-Aghband-Zangazur corridor and passes through the liberated Fuzuli, Khojavand, Khojaly, and Shusha districts. 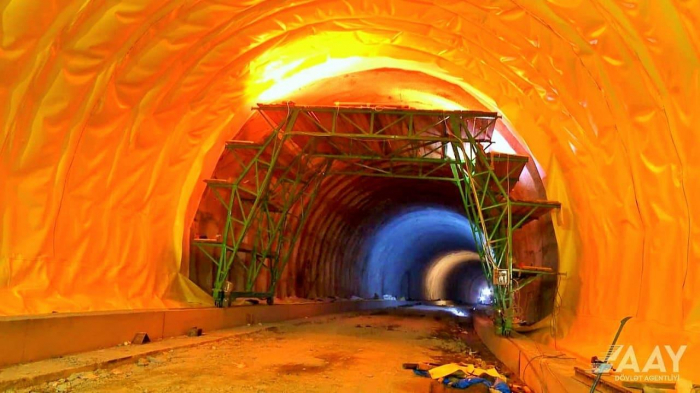 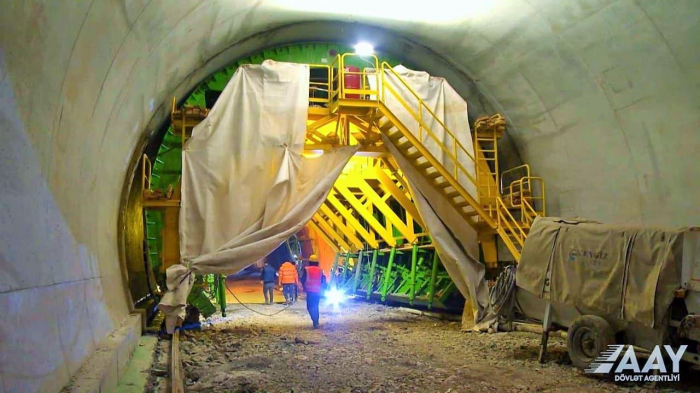 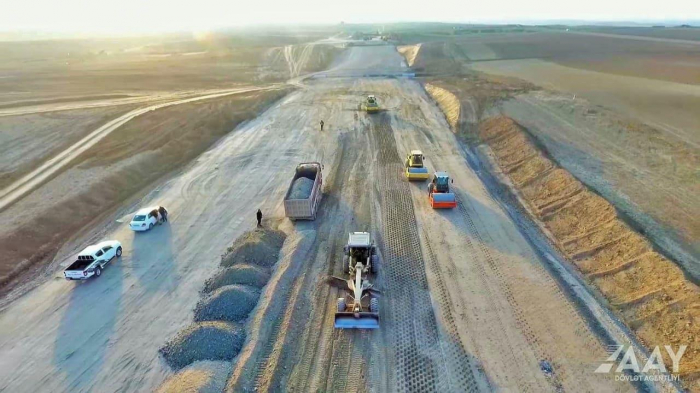 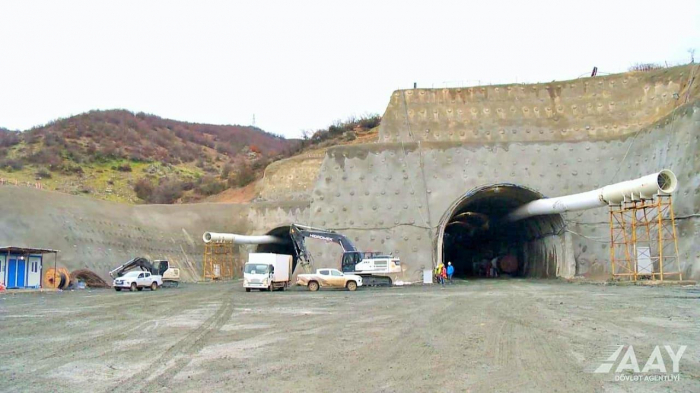