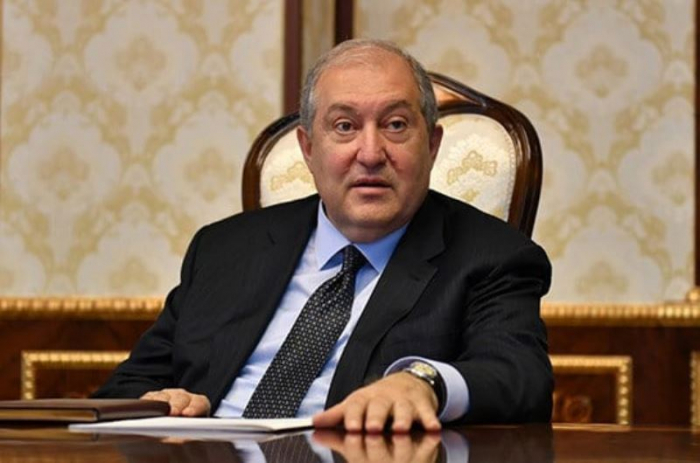 Armenian President Armen Sarkissian has tendered his resignation on Sunday, according to a statement on his official website, AzVision.az reports.

"I thought for a very long time, and after almost four years of active work, I decided to resign from the post of President of Armenia. This is absolutely not an emotional decision, and proceeds from a certain logic," the message says, in particular.

Sargsyan also stated that the president "does not have the necessary tools to influence the fundamental processes of domestic and foreign policy in the current difficult period for the country and the nation."

Armen Sarkissian took over as President of Armenia on April 9, 2018.