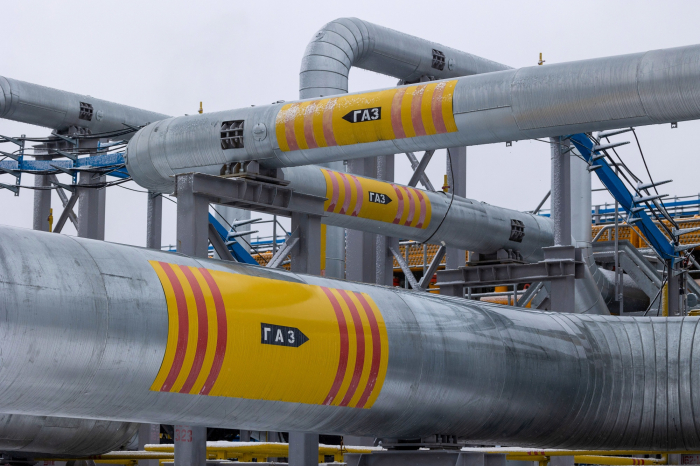 The European Commission announced on Tuesday a plan to reduce the European Union (EU)'s demand for Russian gas by two thirds before the end of the year, and expect it to be independent from Russian fossil fuels well before 2030, AzVision.az reports citing Xinhua.

In response to rising energy prices in Europe and the current uncertainty on supply, the plan, REPowerEU, will seek to diversify gas supplies, the Commission said in a press release on Tuesday.

"It is time we tackle our vulnerabilities and rapidly become more independent in our energy choices," said Frans Timmermans, vice-president of the European Commission in charge of the Green Deal, adding that "let's dash into renewable energy at lightning speed. Renewables are a cheap, clean, and potentially endless source of energy and instead of funding the fossil fuel industry elsewhere, they create jobs here."

The plan also outlines a series of measures to respond to rising energy prices in Europe and to replenish gas stocks for next winter.

President of the European Commission Ursula von der Leyen said in a statement that Europe had to become independent from Russian oil, coal and gas, adding that "we need to act now to mitigate the impact of rising energy prices, diversify our gas supply for next winter and accelerate the clean energy transition."

Claiming that Europe has sufficient amounts of gas for the remaining weeks of this winter, Commissioner for Energy Kadri Simson stressed that the need to replenish reserves for next year was urgent.

"The Commission will therefore propose that by 1 October, gas storage in the EU has to be filled up to at least 90 percent. We have also outlined price regulation, state aid and tax measures to protect European households and businesses against the impact of the exceptionally high prices," Simson said.