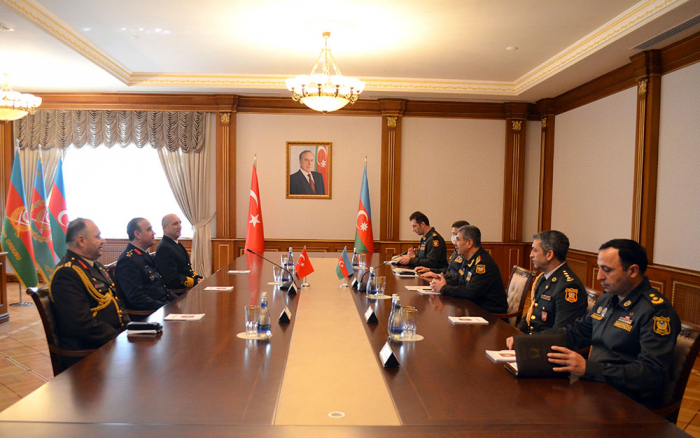 On April 12, Azerbaijani Defense Minister, Colonel General Zakir Hasanov, met with the delegation led by the Chief of Intelligence of the General Staff of the Republic of Türkiye, Corps General Rafet Dalkıran, AzVision.az reports citing the Defense Ministry.

Welcoming the guests, the defense minister noted that under the instruction of the President of the Republic of Azerbaijan, Supreme Commander-in-Chief of the Armed Forces, Mr. Ilham Aliyev, reforms aimed at bringing the Azerbaijan Army in line with the standards of the Turkish Armed Forces continue.

R. Dalkıran emphasized the importance of holding such meetings in terms of expanding mutual cooperation.

During the meeting, the sides exchanged views on the prospects for the development of Azerbaijani-Turkish military cooperation, as well as on other issues of interest.