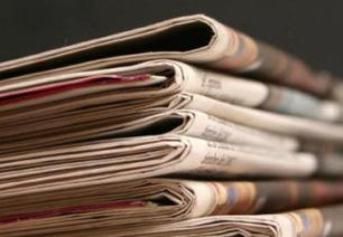 Libyan official newspaper “Fevral” has published an article hailing Azerbaijan`s achievements and highlighting pre-election situation in the country after embassy staffers held a series of meetings with representatives of the Libyan mass media ahead of the presidential election slated for October 9 in Azerbaijan.

Titled “Election Program of the Republic of Azerbaijan”, the article praises reforms carried out in different fields in the country. It draws attention to Azerbaijan`s rich energy resources, saying incomes from oil and gas have effectively been used to develop the non-oil sector, AzerTAc reports.

Accordingly, the nominal GDP grew 7.6 times and the production of extra cost in the non-oil sector grew 5.9 times.” “Poverty in Azerbaijan dropped from 49 percent in 2001 to 6 percent in 2012. Over the last years Azerbaijan has been developing at a rapid pace in terms of competitiveness. In the latest Global Competitiveness Report 2013-2014, published by the World Economic Forum (WEF), competitiveness of the country`s economy is ranked 39th out of 144 states. Over a million jobs were created in the country. Strategic currency reserves of Azerbaijan have increased by 2.6 percent compared to the beginning of 2013 to $48 billion and this is sufficient to finance three-year import,” the article says.

The newspaper describes Azerbaijan as a key partner of Europe in the region in energy security.

The article also refers to Azerbaijan`s election as a non-permanent member of the United Nations Security Council.