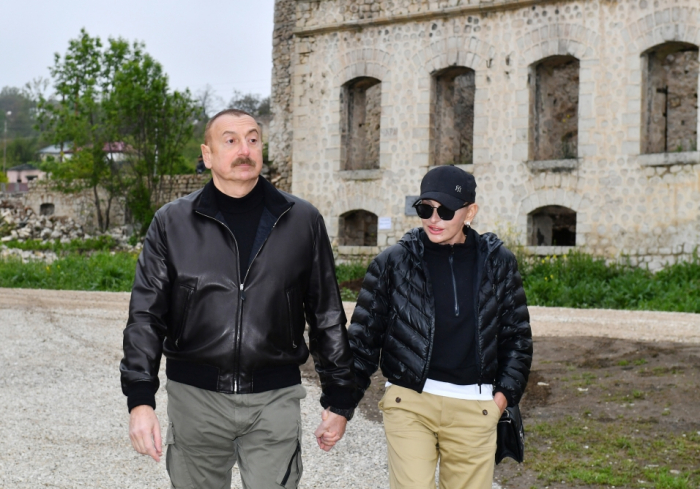 On May 10, President of the Republic of Azerbaijan Ilham Aliyev and First Lady Mehriban Aliyeva also visited the city of Shusha.

The President and the First Lady were informed of the final completion work in the administrative building and landscaping work carried out around the building.

President Ilham Aliyev and First Lady Mehriban Aliyeva viewed the restoration work to be carried out by the Heydar Aliyev Foundation at Shirin Su Bath, in the house of Sadigjan, a tar player, a composer and an artist who improved the Azerbaijani tar, and at the Mehmandarovs' mansion complex.

The President and the First Lady also familiarized themselves with the repair and restoration work to be carried out at Shusha Boutique Hotel and Shusha Realniy School.

The head of state then made an address.

-Today marks the 99th birth anniversary of great leader Heydar Aliyev. I visited Fuzuli and Shusha today. I was in Nakhchivan on 10 May last year. On 10 May this year, I am in Karabakh, in liberated Karabakh.

Heydar Aliyev rendered unparalleled services to the people of Azerbaijan. He stood by the people in the most difficult moments for our people, saved the people of Azerbaijan from great troubles and tragedies. Heydar Aliyev is the founding father of the Azerbaijani statehood and the Azerbaijani state, its founder. He dedicated his life to the people, and his greatest wish was to see Karabakh liberated again, to have our territorial integrity restored. As a result of his work in the field of state building and army building, the foundations of the state were laid and our country embarked on the path of development.

Unfortunately, my father did not live to see this day. Hundreds of thousands of Azerbaijanis like him died without experiencing the joy of this day. We, their successors, have completed their work, and my father's will has been fulfilled. Today, the souls of my father and hundreds of thousands of people who died without ever seeing this day, the souls of all our martyrs are happy. We have made their souls happy.

In 2003, for the first time, the people of Azerbaijan showed confidence in me and once again demonstrated their loyalty to the policy of the Great Leader. In my turn, I said that if the people of Azerbaijan showed confidence in me, I, as President, would follow the path of Heydar Aliyev, I will not turn back from this path and achieve the restoration of the territorial integrity of our country. I swore an oath. I am happy to have fulfilled my promise, and Karabakh is free today. Today, the Azerbaijani flag flies in Karabakh and Zangazur. After the liberation of Shusha, the Azerbaijani flag was raised on the roof of the administrative building behind me, and the victorious Azerbaijani soldiers reported to me about the liberation of Shusha. Today, on 10 May, I once again express my respect for the memory of the Great Leader and I want to assure the people of Azerbaijan that I will continue to do my best for the development of our people and our state, for the strengthening of our independence.

Karabakh is reviving today. Today I took part in several ceremonies in Fuzuli and Shusha. The construction and restoration work is in full swing in all the regions. Large-scale landscaping and restoration work is under way in all our liberated lands. As a matter of fact, cities and villages are being rebuilt. Because during the occupation, the enemy destroyed all our cities and villages, ravaged all our historical sites, and brought a city like Shusha, the pearl of Karabakh, the region and the Caucasus to a deplorable state. We, the true owners of these lands, have already returned, and this land and these skies are seeing that. They see another step is taken towards development that every day. Every day, a stone is placed on top of another. We will restore all the liberated lands.

I had to be here today, on 10 May. I had to express my respect for the memory of the Great Leader and the people of Azerbaijan, and I must say once again that we have returned to these lands, our native lands, and we will live here forever. 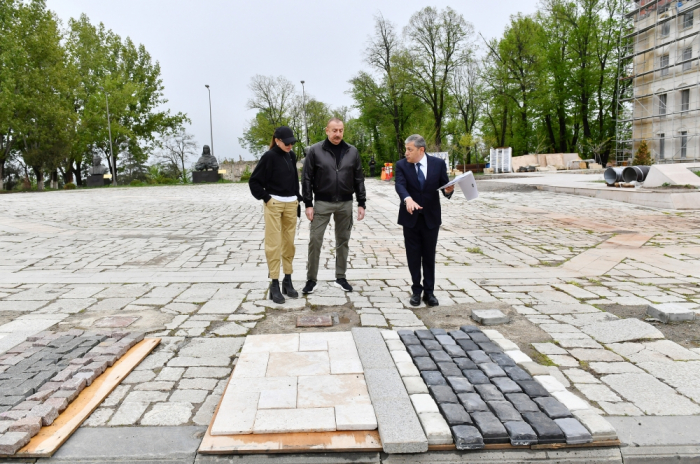 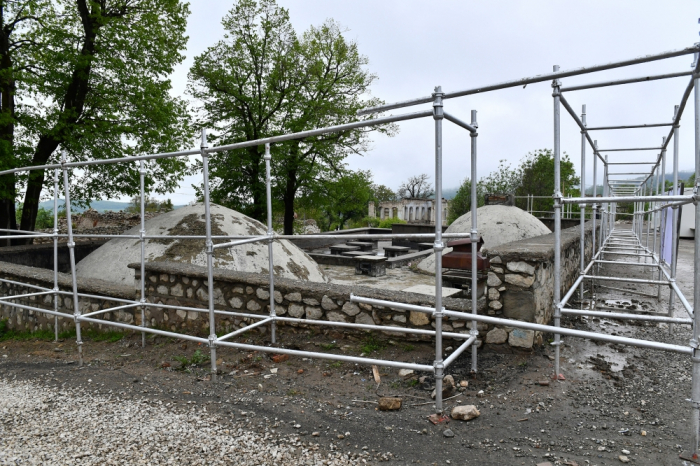 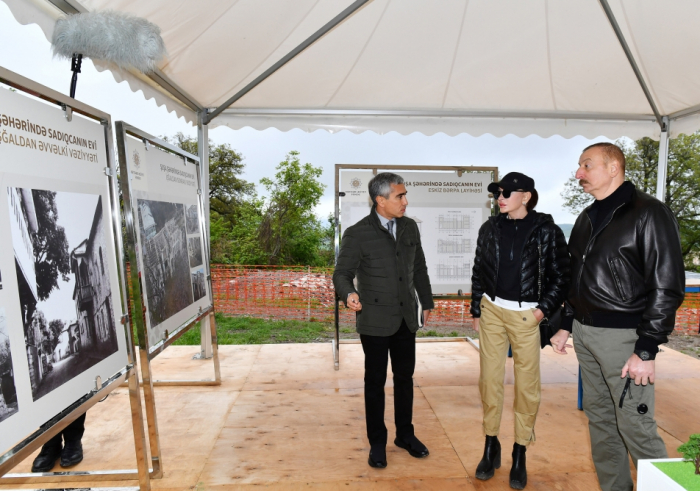 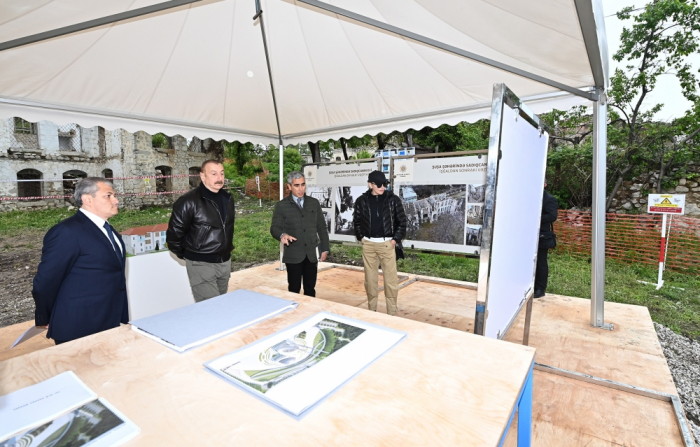 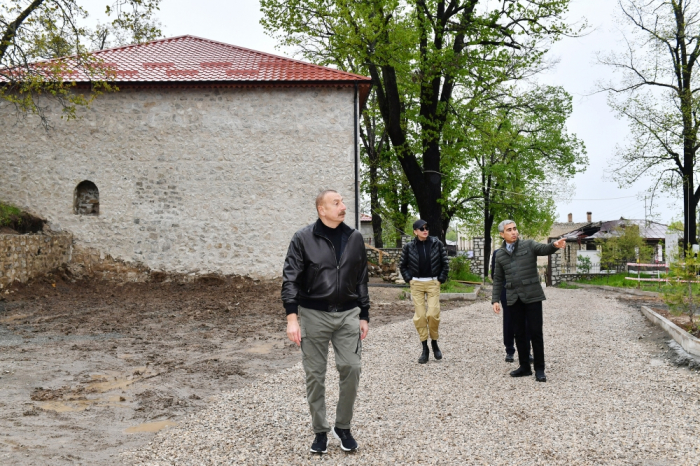