A Journey towards Shusha, the Cultural Capital of Modern Azerbaijan - OPINION 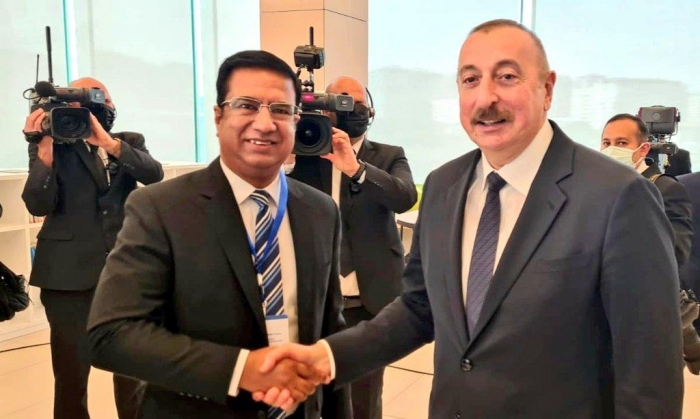 It was an honor to visit the cultural capital of Azerbaijan, the Shusha city. The ADA university, Baku organized the Shusha International Forum on “SOUTH CAUCASUS: DEVELOPMENT AND COOPERATION” (28th- 29th April 2022).  The first day of the conference was held at Shusha, where I witnessed the robust development and resettlement process.  On the 2nd day of conference, two important sessions were held at ADA university, Baku. His Excellency President Ilham Aliyev graced the first session and interacted with the visiting experts to discuss post-conflict recovery process and future trajectory of development.  I also had the opportunity to interact with His Excellency President Ilham Aliyev during the conferences. In the second session of the conference Minister of Foreign Affairs, Azerbaijan interacted with the international experts. 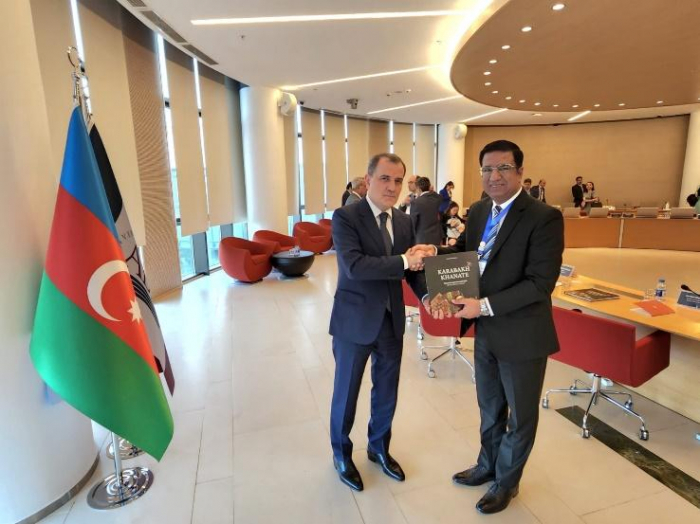 The conference included experts, scholars, policy-makers, and key stakeholders from around the globe. The successful conduct of the Shusha International Forum has proved to be a milestone in exhibiting the global outreach of Azerbaijan’s reconstruction and resettlement process. The participation of the high-level dignitaries is a clear manifestation of the successful foreign policy adopted by Azerbaijan’s government.

During my visit to Azerbaijan, especially Shusha, I have witnessed the post-war resettlement and development process. I was amazed to see the high-level of reconstruction and infrastructure development in liberated areas by Azerbaijan’s government in this short span of time. The second Karabakh war has changed the whole landscape of the South Caucasus region. Azerbaijan successfully liberated its territories and nearly 300 settlements from illegal Armenian occupation. The biggest victory depicts prudent and effective strategies taken by the visionary statesman, President Ilham Aliyev. His plans and proactive implementation have made him the most popular leader in the world. The post-conflict resettlement process has been going forward at a great pace. Azerbaijan has announced to construct the liberated areas as smart/digital cities. Moreover, these recent developments have also provided many opportunities within the context of regional geopolitics and economic connectivity.

Shusha, the Crown of Karabakh:

Shusha is referred to by different names, i.e., “beating heart,” “crown jewel,” “crown of Karabakh,’’ and now the “cultural capital of Karabakh.” Since the 18th century, Shusha city has been considered significant due to its geographical position. Shusha was historically always a center of Islamic civilization and has always been a very important city for Azerbaijani people as it symbolizes their culture, history, and identity. One of the biggest reasons for Shusha’s importance is the fact that the city produced many prominent figures in Azerbaijani history. Many significant writers, poets, musicians and even military commanders were from Shusha. It was liberated on 8th November 2020 from the illegal occupation of Armenia. Since then, the post-war rehabilitation process has been started by taking robust initiatives. 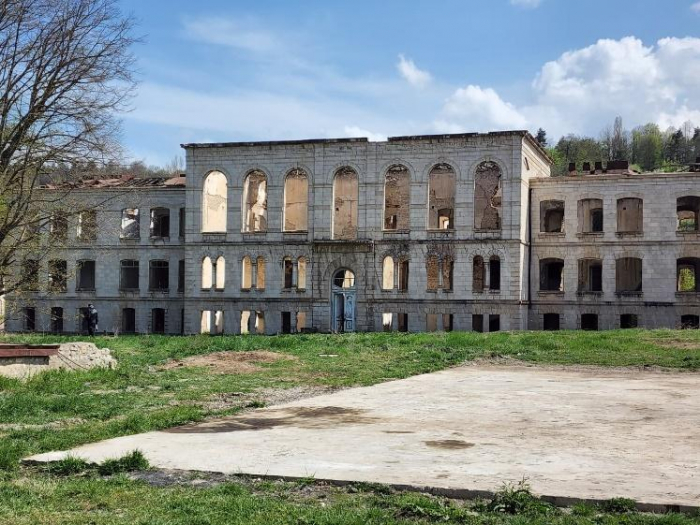 During the visit, I witnessed that Armenia had severely vandalized the infrastructure and plundered the resources. The atrocities are still visible in most areas of the liberated regions.  However, now, the dynamic leadership under President Ilham Aliyev is committed to rehabilitating and reconstructing its liberated territories. Major plans and infrastructure projects for restoring these lands are being implemented in this aspect. Shusha, the pearl of Karabakh, is regaining its former glory through restoration supported by many cultural events. Azerbaijan is embarking on a very important mission to reconstruct and rehabilitate Shusha. Thus, many significant activities will take place this year with culturally enriched events.

The Road to Rebirth and Prospects for Regional Connectivity:

Azerbaijan’s exceptional initiatives to clear the landmines and reconstruct the liberated regions into smart cities are worth praising.  The Azerbaijan National Agency for Mine Action (ANAMA) is charged with coordinating activities of demining, mine risk education (MRE), and victim assistance. Now, ANAMA has developed new methods and procedures that were better adapted to the national situation. 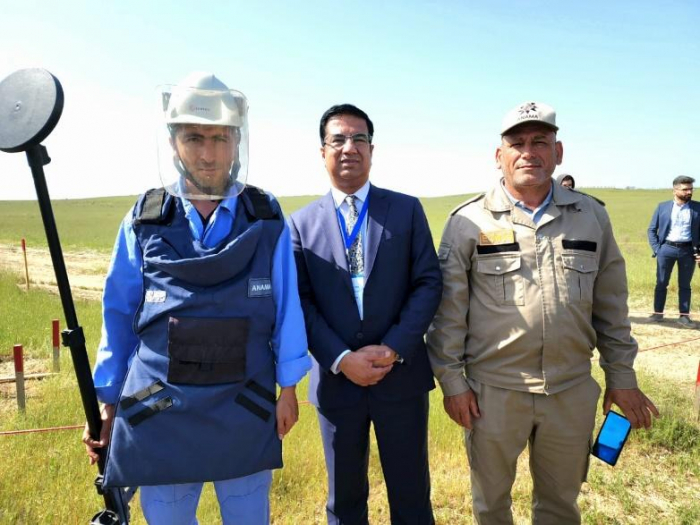 The government’s multi-sector projects have been carefully appraised to facilitate displaced persons to their areas of origin sustainably and safely. Moreover, new programs also aim to introduce an integrated package of cost-effective physical and social infrastructure and income-generating activities for those returning, as well as for several thousand people who have already returned. President Aliyev envisaged the building of modern cities that would reflect the region’s historical and authentic heritage. These cities will be built on the concept of a ‘Smart City’. They will be transformed into green energy zones by utilizing rich water, solar, and wind sources in Upper Karabakh. 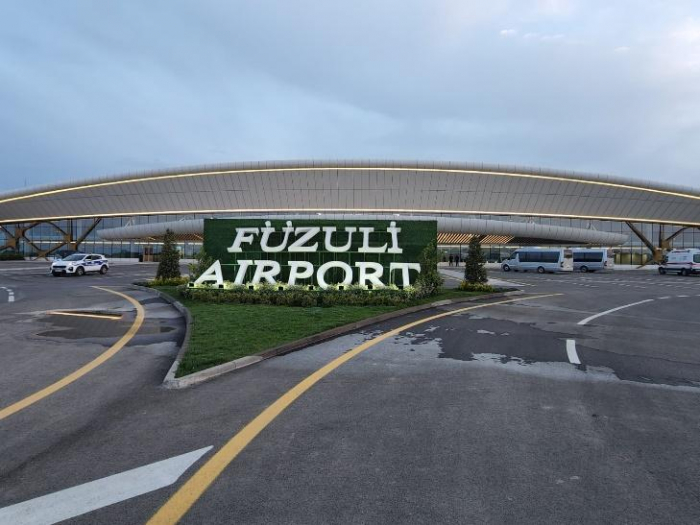 It is also important to mention the credible work that was done by constructing an international airport in Fuzuli in just 7/8 months. Azerbaijan is inclined towards transforming the region into an economic and tourism hub with the establishment of new transportation lines, restoration of historical monuments, and reconstruction of liberated cities. The infrastructure development projects will contribute to rebuilding the Karabakh region and lead to future prosperity. It is the nation that has to show resilience to achieve future aspirations vis-à-vis overcoming the conventional rivalries.

Azerbaijan is moving towards more diversified, resilient, and inclusive developments. In this aspect, the importance of the Zangezur corridor cannot be neglected. It connects western Azerbaijan with Azerbaijan’s exclave of Nakhichevan. It will pass within 5 kilometers of Iran's border with Armenia, mainly focusing on motorways and rail lines projects. Thus, this new transportation infrastructure will be a significant part of the East-West and North-South corridors as well as enhance regional connectivity. Furthermore, these projects will also provide an impetus to Azerbaijan’s economic outreach in the coming years. The key to lasting peace in the Caucasus is ‘reconciliation’. After decades of conflict, sustainable peace is vital to achieving future aspirations. There are existing menaces that can jeopardize regional security architecture. Thus, the states must adopt a shared forward-looking spirit to overcome differences.

While interacting with President Aliyev in the conference, I proposed the idea of creating a platform, i.e., Friends of Shusha. Although the cultural importance and history of Shusha date back to 1752. However, its significance cannot be overlooked in present times. Thus, the platform would serve as a bridge between countries to understand the culture of Azerbaijan as well as keep updated with the developmental process. It will indeed enhance sociocultural and people-to-people contacts between Azerbaijan and other friendly states.

It was a great and memorable journey to Shusha for witnessing the robust steps for post-war resettlement process. Many of us take peace for granted but observing the actual situation in the Karabakh region sheds light on the fact that peace and freedom are luxuries we must all be grateful for.