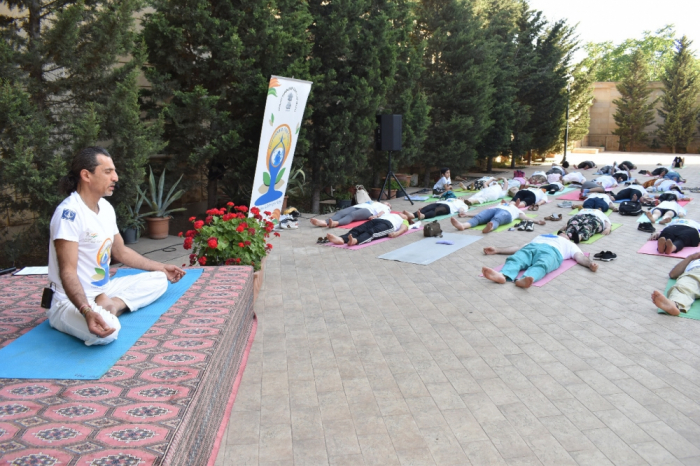 As part of the Azadi Ka Amrit Mahotsav, the 8th International Day of Yoga has been celebrated at the Embassy of India,. As a run up to the International Day of Yoga, the Embassy had organized nine major Yoga events in different locations in Baku and regions like Guba and Lankaran during the month of June 2022. The Yoga events in Baku were organised at Velodrome on 4 June, at Gobustan on 5 June, at Ateshgah Temple State Historical-Architectural Reserve on 8 June, at Yanardagh State Historical, Cultural and Natural Reserve on 10 June, at Icharishahar on 18 June and at Yoga Shahi Studio in Icharishahar on 19 June.

During the 8th International Day of Yoga celebrations, held in the Chancery of the Embassy of India in the afternoon of 21 June 2022, renowned yoga teachers Kanan Mammadov of The Art of Living, Elchin Guliyev of Sivananda Yoga and Sabina Shahi of Yoga Shahi Studio conducted the Yoga sessions. About 200 Yoga enthusiasts and school children participated in the Main Yoga Day event.

Yoga, an ancient physical, mental and spiritual practice that originated in India, is now practiced in various forms around the world and continues to grow in popularity. Recognizing its universal appeal, on 11 December 2014, the United Nations proclaimed 21 June as the International Day of Yoga by adopting a resolution in the UN General Assembly. Since then, the International Day of Yoga has been celebrated all over the world on 21 June with the aim to raise awareness worldwide of the many benefits of practicing yoga. The theme for this year’s Yoga event was “Yoga for Humanity”. 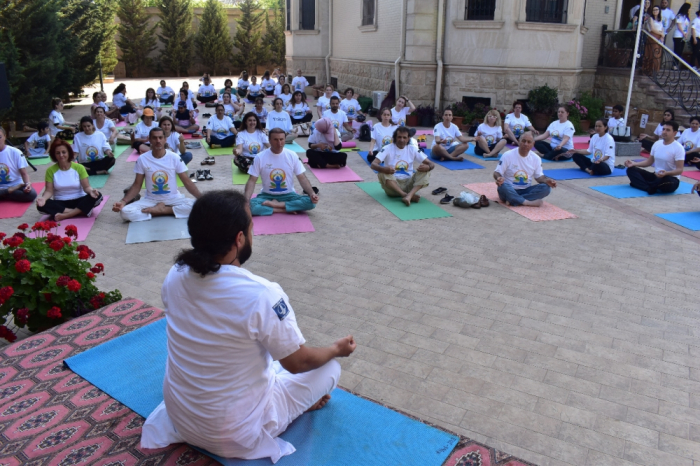