G7: Europe, US agree to step up cooperation on energy security 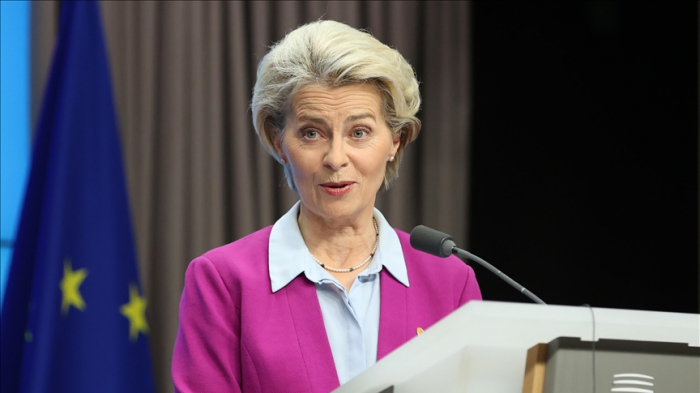 The US and the EU on Monday agreed to step up cooperation on energy security with the end-goal of further reducing Russia's revenues from oil and gas.

"We work hand in hand to diversify Europe’s supply and stay the course on our joint climate neutrality goal. We will also explore ways to further cut Russia’s revenues from energy, used to fund its war on Ukraine," said European Commission President Ursula von der Leyen.

US President Joe Biden and von der Leyen issued a joint statement on the second day of the G7 summit in Germany.

Both leaders said they will encourage G7 countries and European and US companies to reach an initial goal of deploying at least 1.5 million energy saving smart thermostats in European households this year.

"We are also partnering to diversify energy supplies to Europe," the statement said, noting Russia has cut supplies of natural gas to several EU countries, but the US and other producers have stepped up.

Biden and von der Leyen further said they will continue to work together on the reduction of methane emissions globally.

G7 countries agreed to work together to accelerate the "clean and fair" energy transition and ensure energy security in the fight against climate change.

The leaders of South Africa, Senegal, India, Indonesia and Argentina also made a joint statement on climate change and clean energy, pledging to reduce dependence on fossil fuels in energy, and to explore new options for rapidly expanding renewable energy sources.

At the G7 Leaders' Summit, leaders are discussing the rising energy and food prices and their security under the pressure of being able to stick to climate commitments in the shadow of the Russia-Ukraine war.

While Russia's natural gas shipments to Europe have dwindled as capacity reductions in Nord Stream have been reduced, the Netherlands, Germany and Austria announced this month that coal plants would be reactivated to reduce gas consumption with the goal of filling gas storage facilities.

Environmental organizations have demanded industrialized countries such as the UK and Germany to focus on climate change targets despite the war.