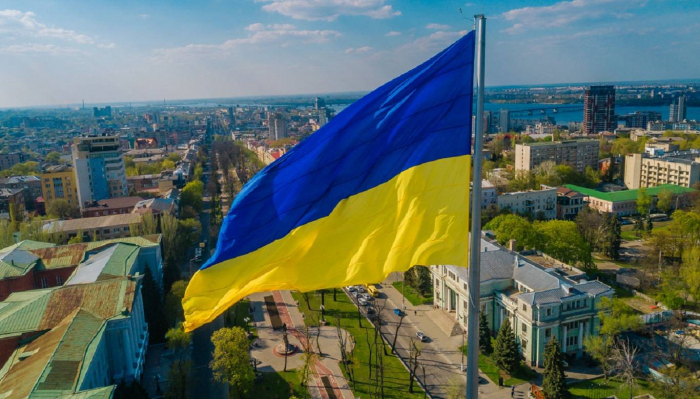 Ukraine severs diplomatic relations with the Syrian Arab Republic and initiates the procedure of imposing a trade embargo after Syria recognized the "independence" of the "LPR" and "DPR", AzVision.az reports citing Ukrinform.

The Ukrainian diplomats consider this decision to be an unfriendly act against Ukraine, an encroachment on the sovereignty and territorial integrity of our state, and a gross violation of Ukrainian law, the UN Charter, and the fundamental norms and principles of international law.

“There is no doubt that the Syrian regime is trying to give pseudo-subjectivity to the Russian occupying administrations in Donetsk and Luhansk at the behest of its Kremlin curators,” the statement underscores.

In response to this unfriendly act, Ukraine declares the severance of diplomatic relations with Syria without the severance of consular relations, in accordance with Article 2 of the Vienna Convention on Consular Relations done in Vienna on 24 April 1963. The Ukrainian Side is also initiating the procedure of imposing a trade embargo on Syria, as well as imposing other sanctions on Syrian legal entities and individuals.

"Our position is clear – we respond as harshly as possible to any attempts to undermine the sovereignty and territorial integrity of Ukraine and we protect national interests by all available means, including on the diplomatic front," emphasized Foreign Minister Dmytro Kuleba.