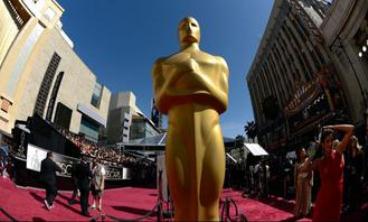 A record 76 countries have submitted films for consideration in the Foreign Language Film category for the 86th Academy Awards®. Moldova and Saudi Arabia are first-time entrants; Montenegro is submitting for the first time as an independent country, News.Az reports with reference to the official website for the Academy of motion picture arts and sciences.

The 86th Academy Awards nominations will be announced live on Thursday, January 16, 2014, at 5:30 a.m. PT in the Academy`s Samuel Goldwyn Theater.

Academy Awards for outstanding film achievements of 2013 will be presented on Oscar Sunday, March 2, 2014, at the Dolby Theatre® at Hollywood & Highland Center® and televised live on the ABC Television Network. The presentation also will be televised live in more than 225 countries and territories worldwide.

Steppe Man was made in Drama genre in 2012, by Azerbaijani film director Shamil Aliyev.

The movie about one steppe man is living far from the cities closely communicating with the nature. His farther teaches him all wisdom of the steppe life. After his farther death he met with the young woman who came from the village. Meeting with her is a new page in his life and a huge step into the big and unfamiliar life ahead...