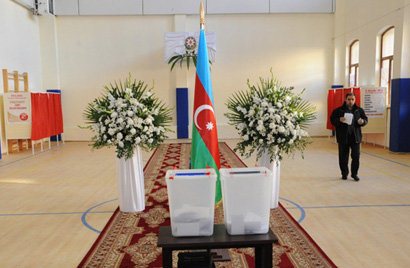 The positive changes in the electoral process have occurred worldwide for the past 20 years, as well as in Azerbaijan, head of the OSCE PA delegation, member of the German Bundestag Doris Barnett said today.

"We are interested in the electoral process and want to know about this process in Azerbaijan," Barnett said.

The presidential election voting started in Azerbaijan on Wednesday. Country`s polling stations opened at 8:00 am and will close at 7:00 pm (local time).

The Central Election Commission of Azerbaijan has registered 5,145,643 voters.

Web cameras have been installed in 1000 polling stations in 119 constituencies of Azerbaijan. Unlike in previous years, this time the voting process can be monitored via mobile devices such as smartphones.

Also, the presidential election will be covered by over 70 representatives from over 20 international media outlets.