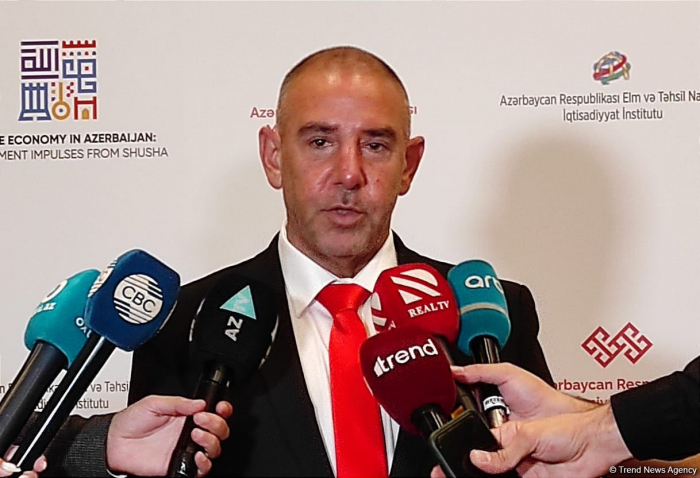 It's gratifying to see the restoration process of the liberated territories of Azerbaijan, founder and head of several business accelerators and international innovation centers in Israel Tal Catran told reporters during the 'Culture economy in Azerbaijan: Development impulses from Shusha' international conference, AzVision.az reports.

"The day before, I visited Shusha city. That day was filled with a lot of emotion both sadness and grief in connection with the difficult fate of the city, and joy and hope for the future. It's gratifying to see the ongoing restoration process. I noticed that not only old objects are being restored but also new ones are being built. This process should continue, as the main motivation should be the return of internally displaced persons to their lands," he said.

Catran noted the uniqueness of the Fuzuli International Airport.

"On the way to Shusha, we stopped in the city of Fuzuli, where we got acquainted with the new airport. The fact that the airport was built in less than a year can rightfully be considered a world record," he added.