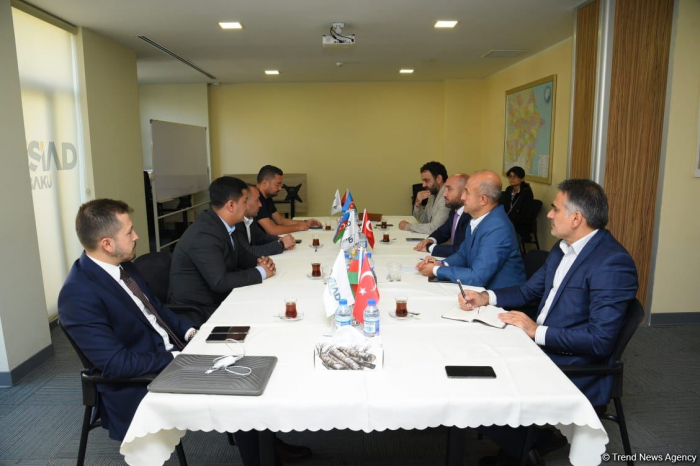 A meeting was held at MÜSİAD Azerbaijan (Azerbaijani branch of Independent Industrialists and Businessmen's Association of Türkiye) with representatives of the Agency for the Work of Mahallabai and Entrepreneurship Development of Uzbekistan, headed by the Deputy Director of the Agency Ilkhom Khalpayev, AzVision.az reports.

The Agency is engaged in developing entrepreneurship for residents of neighborhoods and resident blocks ('mahallas')across Uzbekistan, in particular helping the people learn self-employment.

During the meeting, the parties discussed common measures for the further development of the Azerbaijani-Uzbek-Turkish trilateral relations in the trade and economic sector.

"On October 18, Uzbekistan will host a meeting between Azerbaijani and Uzbek business circles. At this meeting, we plan to sign a memorandum of understanding with the Uzbek agency," MÜSİAD Secretary General Muhterem Oz said.

As a result, the parties agreed on the next meeting in Uzbekistan, and also exchanged memorable gifts with the symbols of the three countries.