Türkiye will continue to support its Azerbaijani brothers - Erdogan 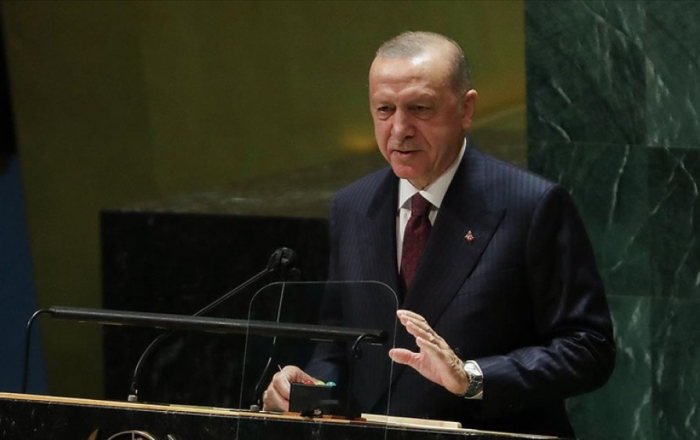 Türkiye will continue to support its Azerbaijani brothers in their fair struggle, President of the Republic of Türkiye Recep Tayyip Erdogan said at the 77th session of the UN General Assembly (UNGA) in New York, AzVision.az reports.

"The historic 'window' was opened in the South Caucasus following the liberation of Azerbaijan's lands from the Armenian occupation [in 2020]. Türkiye has taken essential steps to support the peace process between the two countries. Even though the Azerbaijan-Armenia border situation has negatively affected our common cause, we believe in the signing of a peace agreement in the foreseeable future,” said Erdogan.