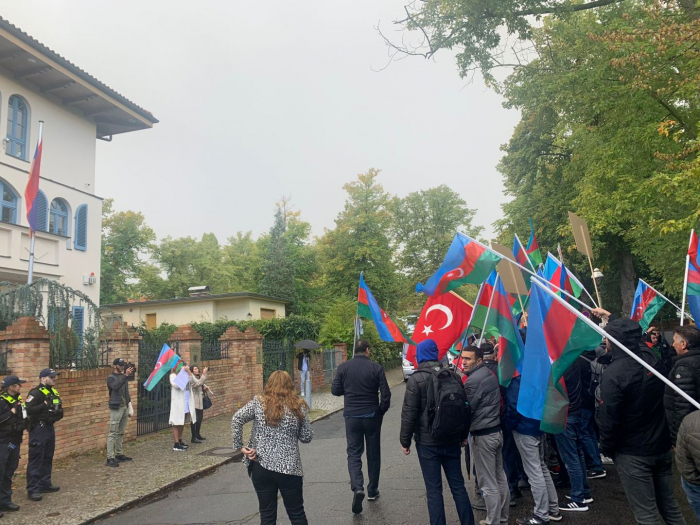 Azerbaijani diaspora organizations in Germany held a picket in front of the Armenian embassy in Berlin, AzVision.az reports.

The participants protested against the recent large-scale provocations committed by the Armenian armed forces units on the border with Azerbaijan, took a stand against Armenia's landmine planting policy carried out in Azerbaijani territories and the fate of the missing Azerbaijanis.