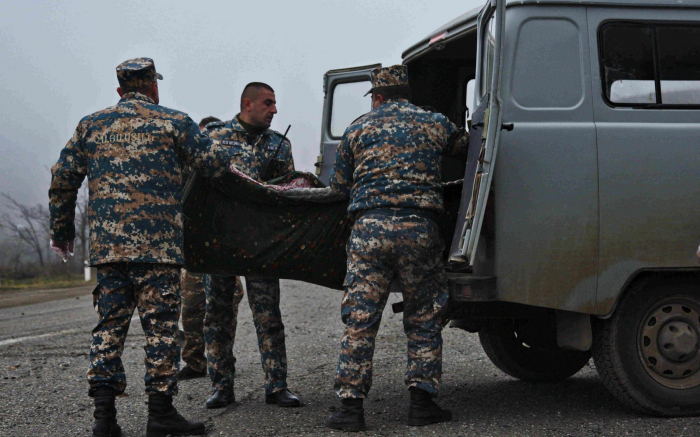 According to the agency, the remains of Armenian servicemen, who had died following the large-scale provocations committed by the Armenian armed forces units on the Azerbaijan-Armenia border on September 12-14, are currently being searched for.

The bodies have been examined with participation of representatives of the Military Prosecutor's Office of Azerbaijan and signs of injuries on them have not been established. The humanitarian process related to the transfer of the bodies of the Armenian servicemen will continue.