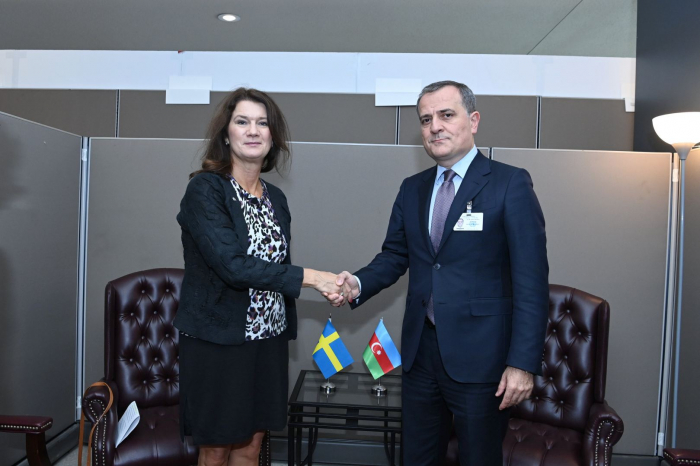 Within the framework of the high-level week of the 77th session of the UN General Assembly in New York, Azerbaijani Foreign Minister Jeyhun Bayramov met with Foreign Minister of the Kingdom of Sweden Ann Linde, AzVision.az reports.

"I am glad to meet with Swedish Foreign Minister Ann Linde. I informed the minister about the escalation initiated by Armenia and once again expressed Azerbaijan's commitment to the peace process. We also discussed the possibilities of expanding Azerbaijani-Swedish cooperation," Jeyhun Bayramov said.